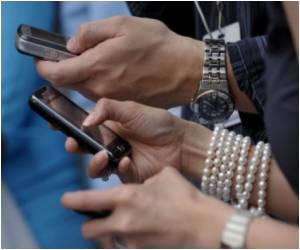 US President Barack Obama is rolling out a new text message alert system called PLAN to warn Americans of imminent danger, from a terror attack to a natural disasters.

The system known as Personal Localized Alerting Network, or Plan, will also include alerts about missing children and will supersede all other phone traffic to avoid delays, The Telegraph reports.

A new Bill likely to be introduced in the United States Congress in 2011, will enable the Federal Bureau of Investigation (FBI) to tap text messages, emails and networking websites.
Advertisement

From next year, new phones and other hand-held devices will be required to be fitted with special chips to receive the alerts, which will also be sent by state and local authorities.


The warnings will have a unique signal and vibration, said officials from the Federal Emergency Management Agency.

Many officials see the system as a logical progression from alerting the public via radio and television.

Overuse of cell phones to send mails and texts has lead to a new malady known as BlackBerry thumb .
Advertisement
The scheme will be deployed in New York first, it will then move to Washington and most other large cities.

"The lesson that was reinforced on 9/11 was the importance of getting clear and accurate information to the public during a crisis," said Michael Bloomberg, the mayor of New York.

He called the alerts a "quantum leap forward in using technology to help keep people safe".

The announcement of the new emergency alert system came in the wake of Osama bin Laden's death and a subsequent rise in security concerns in the city al-Qaeda attacked to devastating effect nearly ten years ago.