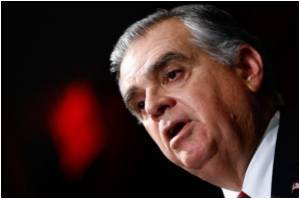 A new Bill likely to be introduced in the United States Congress in 2011, will enable the Federal Bureau of Investigation (FBI) to tap text messages, emails and networking websites.

According to The Telegraph, the FBI has said that extremists and drug cartels are increasingly communicating online rather than using telephones, leaving US investigators struggling to keep track of them.


If the bill is introduced, any foreign communications providers operating in America would also have to possess an office in the country able to provide intercepts.
Advertisement
Software developers of internet communication services such as Skype and Blackberry which are heavily encrypted, would be required to redesign their products to enable interception.

However, many experts believe that besides ethical objections, the proposal would give rise to significant technical hurdles and encourage more hackers.

"There are lots of really sophisticated attackers out there," he said. "Do we really want to create a new area of attack? It may prevent some crimes but it could lead to new ones," the paper quoted Steven Bellovin, professor of computer science at Columbia University, as saying.

In Britain, encrypted messages can be examined in a criminal investigation under the Regulation of Investigatory Power Act.

Women DUI on Rise in US: FBI
The number of women driving under the influence of alcohol in the United States is rising fast, ......

Cyber Crimes on the Rise: FBI
The FBI (Federal Bureau of Investigation) has warned that citizens and nations alike have ......