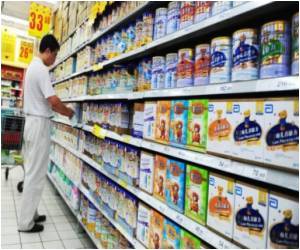 China has again been hit by a wave of food scares in recent weeks despite a government promise to clean up the food industry following a deadly 2008 milk scandal.


The litany of stomach-turning headlines has caused officials to scramble to contain the damage and sparked an anguished lament last week from Premier Wen Jiabao about unscrupulous food producers.


"These virulent food-safety incidents have revealed a grave situation of dishonesty and moral degradation," Wen Jiabao said in a speech to government officials.

"Without high-quality citizens or ethical strength, China cannot be a respectable economy or power in a real sense," he said in published remarks.

Recent scandals have included pork found on the market so loaded with bacteria that it glowed in the dark, according to a state press report.

China pledged to clean up the food industry after milk products tainted with the industrial chemical melamine -- added to give the appearance of high protein content -- killed at least six babies and sickened 300,000 others in 2008.

With food safety regularly ranked as a top public concern, China also passed a 2009 Food Safety Law amid much fanfare.

But the recent scandals prompted the health ministry on Monday to launch a crackdown on 151 banned food additives, while the central government vowed to issue new food safety rules this year -- an apparent admission that the Food Safety Law and other measures had failed.

"The causes of food safety problems in China are many," Bao Chengsheng, a professor at the Shanghai University of Political Science and Law told AFP.

"One aspect is that China's legal system is incomplete. A lot of regulations are unclear... causing legal loopholes."

He added that underfunded regulators struggle to keep tabs on China's countless small food producers and retailers, setting the stage for lax oversight and corruption.

Such practices have fueled a market for the carcasses of pigs that have died from disease and whose meat should be destroyed but instead finds its way into the food chain, the paper said.

Tainted meat from the carcasses of between 20 to 30 million diseased pigs enters Chinese markets each year, it said, citing experts.

"That is not enough. Their criminal liabilities should be investigated too," he said.

Ninety-one villagers in central China's Hunan province were hospitalised last weekend with food poisoning after eating pork believed to have been tainted with clenbuterol, an additive that makes meat leaner, reports said.

A total of 286 villagers had to seek treatment.

Despite declaring that all melamine-laced dairy products had been confiscated or destroyed, they have repeatedly surfaced on the market.

"If the police don't crack down on profit-driven businessmen who have lost their morality, they will become even bolder and produce even more poisonous food," she told AFP.

"It has become so bad that no one knows what foods are safe and which ones are poisonous."

Packaged Salads, Melamine In Food - Under New Regulation by UN
The issue of food poisoning has been addressed by UN agencies who have imposed restrictions on melamine content in food and stricter guidelines for packaged salads.
READ MORE