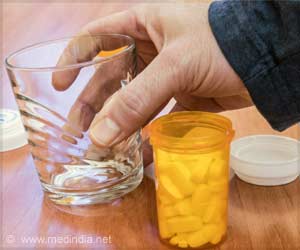 "While antiretroviral drugs have been effective in treating HIV thus far, drug resistance, negative side effects of antiretroviral therapy, and its varying efficacy underscore the need to develop alternative treatment and prevention options," said Alberto Bosque, PhD, MBA, assistant professor of microbiology, immunology, and tropical medicine at the GW School of Medicine and Health Sciences. "For the first time, our research team found that by targeting the receptors to the signaling molecule Sphingosine-1-phosphate (S1P), we could effectively block HIV infection and cell-to-cell transmission of the virus and consequently reduce the seeding of the latent virus in the test tube."

Treatment for HIV is lifelong, due to a latent reservoir of HIV-infected cells that may reactivate at any time. In addition to other drawbacks, current antiretroviral therapies do not specifically target latent infection. Finding ways to not only target infection, but also reduce the latent reservoir would have a great impact on the nearly 40 million people living with HIV worldwide.


Fingolimod, known also as Gilenya, works by acting as a functional antagonist of S1P receptors. By observing human immune cells, Bosque and his research team found that HIV infection was blocked by targeting S1P receptors with Fingolimod. The team discovered that the HIV life cycle was impacted at multiple levels. First, the drug reduced the surface density of the HIV receptor in T-cells, inhibiting viral binding and fusion. Secondly, Fingolimod activated the antiviral restriction factor SAMHD1, leading to a reduction in levels of total and integrated HIV.

"We believe this compound may be a promising novel therapy for HIV treatment and prevention," said Bosque.

Fingolimod
This medication is an immunosuppressive agent, prescribed for multiple sclerosis ...
READ MORE