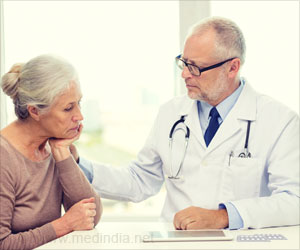 People diagnosed with multiple myeloma are more likely to live longer if they are treated at a medical center that sees many patients with this blood cancer. Mayo Clinic researchers published these findings today in the Journal of Clinical Oncology. The study measures the difference in life expectancy for patients treated by doctors with varying degrees of experience with the disease.

Multiple Myeloma caught public attention when model turned actress Lisa Ray, who worked in Deepa Mehta's 'Water' , declared that she had the incurable Multiple Myeloma.
Advertisement
‘People diagnosed with multiple myeloma are more likely to live longer if they are treated at a medical center that sees many patients with this blood cancer.’

"Studies on cancer surgery have shown the more experience the center or practitioner has, the better the outcome," states study author Ronald Go, a hematologist and health care delivery researcher at Mayo Clinic. "It is very difficult to be proficient when doctors are seeing only one or two new cases of multiple myeloma per year. We wanted to see if volume matters when it comes to nonsurgical treatment of rare cancers such as multiple myeloma."

These findings previously were presented at the American Society of Hematology Annual Meeting in December 2015.

According to a study a new oral agent under review by the U.S. Food and Drug Administration (FDA) is safe and effective in treating relapsed and treatment-resistant multiple myeloma.
Advertisement
<< Debts Should also be Considered in the Money-Happiness Equa...
Insights into the Biological Pathway That Leads to Heart Fo... >>

Added Benefit Of Elotuzumab in Multiple Myeloma Not Proven

An added benefit of the new combination therapy in comparison with the appropriate comparator therapy is not proven for treatment of multiple Myeloma.

Multiple myeloma is a form of blood cancer that develops in the bone marrow. 25% of patients with multiple myeloma simultaneously develop extramedullary disease.