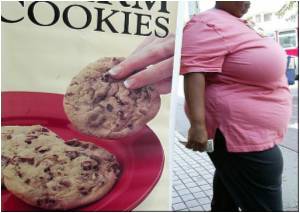 A new study says that if you thought renting an apartment right beside a recreational park would make you get rid of those love handles, it wouldn't really help much.

The University of Alberta study looked at the relationship between reasons for choosing a neighbourhood to live in, physical activity and BMI.

Researchers found that those who said they'd moved to be closer to outdoor recreation opportunities actually showed a marked increase in BMI over the six years of a longitudinal study conducted from 2002 to 2008, and led by Tanya Berry of the Faculty of Physical Education and Recreation.


"(One of the things we analysed) in this paper was the movers and non-movers. Those who had moved over the six years of the study and had indicated that choosing a neighbourhood for ease of walking was very important to them had a very stable BMI and didn't change much over the six years," said Berry.

Low calorie meals or diet include foods that are high on nutritional content and yet have fewer calories. Updated information about low calorie diet or low calorie foods and its health benefits.
Advertisement
"But the results for the question related to choosing to live near outdoor recreation facilities were completely the opposite from what we would have thought. The more people said they chose their neighbourhood because of its access to outdoor recreation, the higher their BMI. We can speculate that maybe they're doing it for the kids; maybe they're driving to the outdoor places. And we don't know how they defined 'outdoor recreation.' It could be camping and lazing about or it could be cross-country skiing, but we found pretty big differences in their activity output," he added.

Berry and her team conducted two studies, one longitudinal (from 2002 - 2008 with 822 participants) and one cross-sectional (2008 with 1505 participants), to look at the relationship between BMI and neighbourhood walkability, socio-economic status, reasons for choosing their neighbourhood, how physically active they were, fruit and vegetable intake, and demographic variables, such as age, gender, job status and education, which were gleaned from census data.

Berry said the relationship between those who chose to move to a walkable neighbourhood and BMI was clear.

"For those people who had moved for ease of walking and thought it was important, their BMIs didn't change and they were able to maintain their weight. But for those for whom it was not important at all, they showed an increase in BMI and that was matched with the cross-sectional data," she added.

As expected, those in lower socio-economic status (SES) neighbourhoods had higher BMIs.

"That's completely consistent with the literature. There is so much more access to fast food restaurants; there are fewer grocery stores; it may not very pleasant to be active in your neighbourhood. So there's a whole host of issues (that need to be addressed.).

"Socio-economic status is an important factor and we really should be paying more attention to how to help people in lower SES neighbourhoods overcome the barriers they face to health," said Berry.

She concluded: "Those who are choosing neighbourhoods because they can walk are, at least in terms of BMI, the healthiest of all. So this is a very important factor in the built environment/BMI relationship and needs further study."

The study was published in the International Journal of Behavioral Nutrition and Physical Activity.