Europe TV Channels Dished Up Most Programmes Produced in 2008 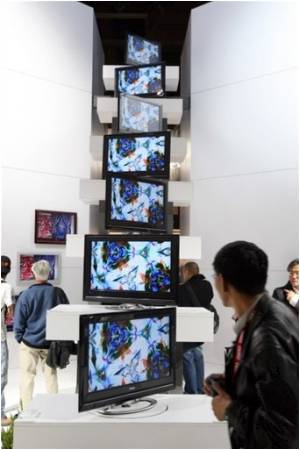 Majority of European TV channels dished up most of the programmes produced in 2008, keeping up with the rule of 50 percent EU content, according to a communication from the European Commission.

Not up to European Union standards were Sweden, with only 45.5 percent EU productions, Slovenia with 44.6 and Cyprus with 30 percent.

Zambian Village Gathers to View Television for the First Time

It is jubiliation time in Namuskekende village in remote western Zambia, where hundreds of people came together around a giant projection screen to view television for the first time.
Advertisement

Denmark was highest achiever, with its networks offering 84.8 percent of shows made across the 27-nation bloc. France had 71.7 percent, Luxembourg 70.7 and Belgium 69.1 percent.


All EU member nations were up to scratch regarding a separate EU regulation calling on networks to offer 10 percent of time or of their programme budgets to independent productions -- they accounted for an average 34.1 percent of TV time across the EU.

Ten times more children around the world rank watching television and playing video games as more important to them than saving the environment, according to a survey released Wednesday.
Advertisement
<< Moving Closer to Outdoor Recreation may Not Help Weight Los...
Lemons to Lemonade: Laid-Off Chinese Women Become Successfu... >>

Teenagers who spend too much time in front of the idiot box and computer screens are prone to severe back aches and recurrent headaches, reports a German study.