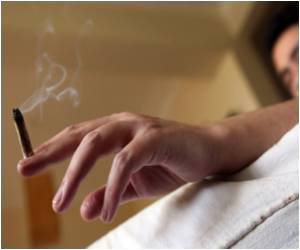 From an ancillary study of the Prostate Lung Colorectal and Ovarian Cancer Screening Trial (PLCO), risk prediction models developed. These models may be useful in the public health sector for identifying individuals who are at risk for adverse smoking outcomes, such as relapse among former smokers and continued smoking among current smokers, and those who may benefit from relapse prevention and smoking cessation interventions according to a study published October 26 in the Journal of the National Cancer Institute.

To determine the effects of cancer screening on smoking behavior, Kathryn L. Taylor, Ph.D., of the Lombardi Comprehensive Cancer Center at Georgetown University, and colleagues, gathered data from participants who had completed a baseline questionnaire at PLCO trial enrollment and a supplemental questionnaire 4 years after enrollment, which assessed variables such as family history of cancer, comorbidity, and tobacco use. Multivariable logistic regression models were used to predict smoking status once the supplemental questionnaire was completed.


The researchers found that of the 31,694 former smokers on the baseline questionnaire, 1,042 had relapsed, and of the 6,807 current smokers, 4,439 had continued smoking on the supplemental questionnaire. Both relapse and continued smoking were statistically significantly linked with demographic, medical, and tobacco-related characteristics. "The relapse prediction model had excellent discrimination and calibration and suggested that relapse was more likely among longer-term smokers, recent quitters, smokers of light or ultra-light cigarettes, and pipe or cigar smokers," the researchers write, adding that the success of these models, "suggest important variables that should be considered in the development of effective intervention methods for long-term, heavily dependent smokers who are likely to be well represented in lung cancer-screening programs."

Smoking And Tobacco
News Archive
News Resource
Advertisement
News Category
How to Decipher a Baby's Cry of Pain? Nurturing Your Financial Well-being Might Slow Down Memory Loss How Microglia Contribute to Alzheimer's Disease? How the Intestine Repairs Damaged Tissue? New Component to Treat Lung Lesions Created
More News
Sign up for Wellness Consult a Doctor Sign up for Selfcare