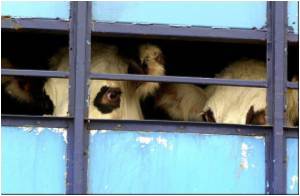 Regular consumption of milk while at school could reduce the risk of bowel cancer in adulthood, scientists at the University of Otago say.


A national study, published in the American Journal of Epidemiology School Milk and Risk of Colorectal Cancer: A National Case-Control Study, found that the risk of bowel cancer was 30 percent lower in people who drank school milk daily. The reduction in risk was greatest in those who drank 1200 or more half-pint bottles of milk while at school.

The study was conducted by Associate Professor Brian Cox and Dr Mary Jane Sneyd of the Hugh Adam Cancer Epidemiology Unit, Department of Preventive and Social Medicine of the Dunedin School of Medicine at the University of Otago. The researchers are funded by the Director's Cancer Research Trust. Grants-in-aid for the study were provided by the Genesis Oncology Trust, and the Dean's Bequest Funds of the Dunedin School of Medicine.


The researchers believe that the calcium provided by the free milk-in-schools programme from 1937 to 1967 may be responsible for the dramatic reduction in risk of bowel cancer that has occurred in New Zealand for people born between 1938 and 1953. Studies in adults have suggested that calcium consumption may reduce bowel cancer risk but very few studies of consumption in childhood have been done.

Encyclopedia section of medindia briefs about the nutrient quality of the Cows Milk
Advertisement
"The results of this study, if confirmed, would provide a means of reducing the very high rates of bowel cancer in New Zealand," Associate Professor Cox says.

He also suggests that "the study should encourage a greater focus on factors in childhood that affect the risk of bowel cancer and health overall."

"The research team is currently planning further research which, if funding can be obtained, could confirm that the provision of milk at school can significantly reduce the risk of bowel cancer in future generations." The study involved obtaining information from people newly diagnosed with bowel cancer and people of a similar age without bowel cancer selected from the general electoral roll.