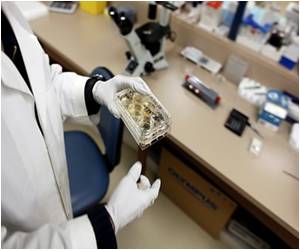 A new type of stem cell was discovered two years ago in the brain that has the capacity to form new cells.

The same research group at Lund University in Sweden has now revealed that these stem cells, which are located in the outer blood vessel wall, appear to be involved in the brain reaction following a stroke.

The findings show that the cells, known as pericytes, drop out from the blood vessel, proliferate and migrate to the damaged brain area where they are converted into microglia cells, the brain's inflammatory cells. Pericytes are known to contribute to tissue repair in a number of organs, and the researchers believe that their reparative properties could also apply to the brain.


The study shows for the first time that pericytes are directly involved in the reaction of the brain tissue after stroke. "Pericytes are a fascinating cell type with many different properties and found at high density in the brain. It was surprising that a pericyte subtype is so strongly activated after a stroke. The fact that pericytes can be converted into microglia, which have an important function in the brain after a stroke, was an unexpected finding that opens up a new possibility to influence inflammation associated with a stroke", said Gesine Paul-Visse, neurologist at Lund University and senior author of the study.
Advertisement
Using a green fluorescent protein bound to the pericytes, the researchers were able to track the cells' path to the damaged part of the brain. The migration takes place within a week after a stroke. When the cells reach the site of damage they are converted into microglia cells, the 'cleaners' of the central nervous system. Inflammation can, however, have both positive reparative effects and negative effects on the damaged tissue.

The exact role of microglia cells in the regeneration after a stroke is not entirely clear, but we do know that pericytes play an important role in protecting the brain against disease and injury. "We now need to elucidate how pericytes affect the brain's recovery following a stroke. Our findings put pericytes in focus as a new target for brain repair and future research will help us understand more about the brain's own defence and repair mechanisms."

There is an urgent need for new drugs that can alleviate the harmful effects of a stroke as current treatment possibilities using thrombolysis are limited to the first hours following a stroke. "Because inflammation following a stroke is an event that continues after the acute stage, we hope that targeting pericytes in the subacute phase after stroke, i.e. within a longer time window following the onset of stroke, may influence the outcome", said Gesine Paul-Visse.

Stem Cells from Patient to Make 'Heart Disease-On-A-Chip'
Merging of stem cell and 'organ-on-a-chip' technologies by Cambridge, MA-Harvard scientists, can ......

Colon Cancer Stem Cells Fueled by Immune Cells
The aggressive properties of cancer stem cells are being fueled by a subset of immune cells ......

Stem Cells may Help Develop Eco-Friendly Meat
There may be a future where faulty organs could be regrown from stem cells, and they would be an ......

Cancer Stem Cells Identified for the First Time in Human Patient
For the first time, gene mutations that drive cancer have been tracked in a patient, which has ......