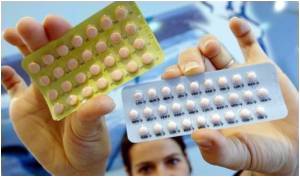 Hormone Replacement Therapy can be likened to an 'oasis in the desert' for women in the throes of menopause.
Advertisement

Over the past three decades, menopausal hormones have been heavily promoted for preventing disease in women. However, the 2004 federally-funded Women's Health Initiative study that enrolled more than 26,000 women in the USA found that the most popular estrogen-progestin and estrogen-only formulations (often prescribed to women around the age of menopause) increased the risk of stroke, deep vein thrombosis, dementia, and incontinence; the combined therapy also increased breast cancer risk. Two years after the results of the Women's Health Initiative were published, a survey of more than 700 practicing gynecologists"the specialists who prescribe the majority of hormone replacement therapies"in the USA found that almost half did not find the findings of the Women Health Initiative Study convincing. This current study by Adriane Fugh-Berman from Georgetown University Medical Center, Washington D.C., USA, and colleagues, published in this week's PLoS Medicine investigated whether promotional tone could be identified in narrative review articles regarding menopausal hormone therapy.


The authors conducted a comprehensive literature search that identified 340 relevant articles published between July 2002 and June 2006 the 4 years following the cessation of the estrogen-progestin arm of the Women's health Initiative study. Ten authors had published 4-6 articles, 47 had published 2-3 articles, and 371 had published one article each. The researchers focused on authors who had published four or more articles in the four-year period under study. After author names and affiliations were removed, 50 articles were independently evaluated by three readers for scientific accuracy and for tone.

Menopause is inevitable in a woman's life and it would be apt to be well prepared for it. Learn more about menopause and the best ways of managing it by going through this quiz.
Advertisement
Although most of the articles were scientifically accurate, common themes in the 50 articles included arguments that clinical trial results should not guide treatment for individuals, and suggestions that the risks associated with hormone therapy have been exaggerated and that the benefits of hormone therapy have been, or will be, proven. Of the ten authors studied, eight were found to have received payment for speaking or consulting on behalf of menopause hormone manufacturers and 30 of 32 articles evaluated as promoting hormone therapy were written by those with such potential financial conflicts of interest. Articles promoting the use of menopausal hormone therapy were more than twice as likely to have been written by authors with potential conflicts of interest as by authors without such conflicts of interest.

The authors say: "There may be a connection between industry funding for research, speaking, or consulting and the publication of promotional pieces on menopausal hormone therapy." They add: ''Health care providers should exercise caution if they choose to read such articles."

Menopause is an importantant stage in woman's life.Know more about it's physiology,signs,symptoms,causes and management of menopause.
Advertisement
<< Childhood Obesity Problem in Developing Countries
Chronic Conditions: Link Between Diagnosis and Death Rates >>

Loram (2 mg) (Lorazepam) A-Z Drug Brands in India Blood - Sugar Chart Indian Medical Journals Find a Doctor Drug Side Effects Calculator Vent Forte (Theophylline) Color Blindness Calculator Sanatogen How to Reduce School Bag Weight - Simple Tips
This site uses cookies to deliver our services.By using our site, you acknowledge that you have read and understand our Cookie Policy, Privacy Policy, and our Terms of Use  Ok, Got it. Close
×