Melanie Brown was Hospitalized Because She 'Mixed' Drugs With Booze 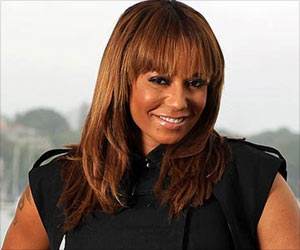 British singer Melanie Brown was hospitalized recently in London because the singer had an accidental overdose, it has been revealed.

According to a source, the 39-year-old singer, who missed a live taping of British 'X Factor' because she went to the hospital after reportedly suffering agonizing stomach pains, mixed tranquilizers, including Xanax, with alcohol, Radar Online reported.

The rate of all-cause mortality conferred by drinking has increased as compared in males especially in heavy drinkers as suggested by researchers.
Advertisement

The insider said that it was absolutely accidental, and not intentional as she wasn't suicidal, but the pressure of being back in London brought a lot of unresolved issues to the surface concerning being estranged from mother, Andrea, and the rest of her family.


The source added that the former Spice Girl's husband Stephen Belafonte absolutely never laid a hand on her rather he went above and beyond trying to help her.

In Scotland, a cafe-bar has brought out a burger, whose chiefingredient pork has been soaked in Buckfast wine - a controversial mix of caffeine and alcohol.
Advertisement
The source continued that the 'X Factor' judge, who recently split from her husband in the midst of rumors that he had abused her, is under stress and since being back in London, Brown lost a lot of weight, and that is why she had bruises on her arms.

The source explained that nurses had a very hard time getting an I.V. started on her and the bruising was a result of that.

The insider concluded that there is no way of knowing if the couple will get divorced because Belafonte only wants the best for her and there is still a lot of love there.

Kerala tourism bosses were hopeful of overturning an alcohol ban that would seriously damage the industry in the southern Indian state after the country's top court issued a last-minute stay order.
Advertisement
Advertisement