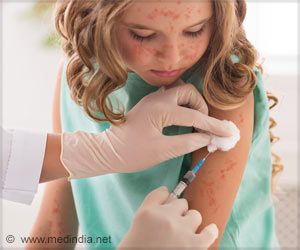 Tracing measles emergence strongly suggested it was linked to the rise of large cities thousands of years ago, it is important to also understand more about COVID-19 to protect against and fight the pandemic, said Professor Ho, who runs the Molecular Ecology, Evolution and Phylogenetics lab in the Faculty of Science.

An international group of researchers has tackled the controversial question of when measles first emerged, finding it could be linked to the rise of large cities. The team sequenced the genome of a measles strain from 1912 and looked backwards to assess when the virus likely arose in human populations, dating this at around 6th century BCE.

Coronaviruses infect animals, humans, and birds. Human coronaviruses, such as SARS, MERS, and 2019-nCoV cause respiratory distress and even death. The S protein is the infectious agent of the virus.
Advertisement
‘Origin of measles finding could inform COVID-19 research.’

Alongside the findings published in Science, Australian evolutionary experts from the University of Sydney and University of Melbourne have published a complementary Perspective, proposing that similarly refining research about when COVID-19 and other zoonotic diseases emerged will assist in understanding how such pathogens jump from animals to humans.


University of Sydney Professor Simon Ho, corresponding author of the Science commentary, said the research could help efforts to pinpoint the time of emergence of measles in humans.

Measles is a viral infection with symptoms of fever,and rashes. Measles is prevented by vaccination and staying away from the infected individuals.
Advertisement
"Obtaining genomic data from RNA viruses such as the measles virus, which degrade rapidly in the environment, continues to be extremely challenging," said Professor Ho from the School of Life and Environmental Sciences.

"The sequencing of this measles genome by Ariane Düx, Sébastian Calvignac-Spencer and their colleagues is a profound achievement.

"It's very difficult to pinpoint exactly when and where pathogens such as viruses and bacteria jump into humans. Sometimes these jumps happen and they fizzle out. But sometimes they take hold and spread across the globe.

"For any particular pathogen, the timing of the jump must have occurred between two time points: when it split from its nearest known relative and when we look at the pathogen in humans and trace the lineages back to the common ancestor."

Professor Ho said although the human COVID-19 SARS-CoV-2 virus split from its closest known relative - another coronavirus from a horseshoe bat - about 30 to 40 years ago, the jump to humans most likely happened more recently.

"Had the coronavirus jumped from its animal host to a human much earlier than November or December last year, it probably would have been detected," he said.

"The chance of a virus jumping between species will generally increase with the amount of contact," said Professor Ho, referring to the fact that as a species, human civilization is increasingly encroaching into the habitat of wild animals.

"We can see this process happening in zoos, where viruses can jump between species that would not normally be found together in the wild.

He said: "More work needs to be done to understand the diversity of viruses and their distribution in wildlife."

Test Your Knowledge on Measles

Measles, also known as morbilli or rubeola or red measles, is a highly contagious, rash-causing infection belonging to paramyxovirus family. It also causes upper respiratory symptoms and fever. Efforts are being made to eradicate measles from the world. Test your knowledge on measles by taking this quiz.
Advertisement
<< One in Four Adults at Hunger, Malnutrition Risk Post Lockdow...
Study Decodes How the Brain Senses Smell >>