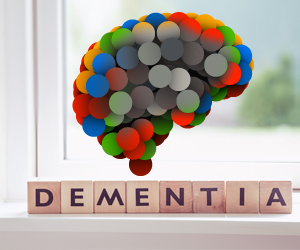 Despite the worry about declining brain health, the majority of older Americans don't ask doctors about dementia prevention, reveals a new study.

Many Americans in their 50s and early 60s are worried about declining brain health, especially if they have loved ones with memory loss and dementia, a new national poll finds.

Advertisement
‘Many older adults may miss out on proven strategies that protect brain health as they don't mention their concern related to dementia to their healthcare providers.’
Read More..

But while the majority of those polled say they take supplements or do puzzles to stave off brain decline, very few of them have talked with their doctors about evidence-based ways to prevent memory loss.


As a result, they may miss out on proven strategies to keep their brains sharp into their later years, says the poll team from the University of Michigan.
Advertisement
In all, nearly half of respondents to the National Poll on Healthy Aging felt they were likely to develop dementia as they age and nearly as many worried about this prospect. In reality, research suggests that less than 20 percent of people who have reached age 65 will go on to lose cognitive ability from Alzheimer's disease, vascular dementia or other conditions.

Despite the brain-related concerns of so many respondents, only five percent of the entire group, and 10 percent of those who said they had a family history of dementia said they had talked with a healthcare provider about how to prevent memory problems.

At the same time, 73 percent said they do crossword puzzles or brain games, or take supplements, to try to keep their minds sharp. Neither strategy has been shown to have a beneficial effect by major research studies.

The poll carried out by the U-M Institute for Healthcare Policy and Innovation with support from AARP and Michigan Medicine, U-M's academic medical center, asked 1,028 adults aged 50 to 64 a range of brain health questions.

"While many people in this age range expressed concerns about losing memory, and say they take active steps to prevent it, most haven't sought advice from medical professionals, who could help them understand which steps actually have scientific evidence behind them," says Donovan Maust, M.D., M.S., a U-M geriatric psychiatrist who helped design the poll and analyze the results.

"Many people may not realize they could help preserve brain health by managing their blood pressure and blood sugar, getting more physical activity and better sleep, and stopping smoking."

The team found stark differences in perceptions and viewpoints between the one-third of poll respondents who said they had a family history of dementia or had served as a caregiver to a loved one with dementia, and those without such experience or family links.

For instance, 73 percent of those with a family history of dementia said they themselves were somewhat or very likely to develop the condition as they age - compared with just 32 percent of those with no family history. The gap between the two groups was nearly as large when the research team asked if poll respondents were worried about developing dementia later in life.

"Staying mentally sharp is the number one concern for older adults," says Alison Bryant, Ph.D., senior vice president of research for AARP. "According to the Global Council on Brain Health, people should concentrate on those things we know can improve brain health eating a healthy diet, getting adequate sleep, exercising, and socializing with friends and family."

Differences also emerged between those who had dementia in their families and those without when the researchers asked respondents if they'd consider taking part in dementia-related research.

The poll also suggests that researchers searching for better ways to prevent, diagnose, or treat dementia may have to work hard to attract participants. Thirty-nine percent of those who wouldn't be willing to give a DNA sample said it was because they didn't want their DNA to be stored in a repository. Similarly, 37 percent of those who said they wouldn't take part in studies of new prevention or treatment strategies expressed concerns about being a "guinea pig," and one-fifth worried about potential harms.

The poll also shows that a greater percentage of adults in their 50s and early 60s who say they get adequate sleep and exercise, ate healthily and were active socially at least several times a week felt their memory was just as sharp now as it was when they were younger, compared to those who do not engage in these healthy behaviors as frequently.

But those who said their health was fair or poor, or who reported that they didn't often engage in healthy lifestyle practices, were much more likely to say that their memory had declined since their younger years. In all, 59 percent of those polled said their memory was slightly worse than it used to be.

"For anyone who wants to stay as sharp as possible as they age, the evidence is clear: focus on your diet, your exercise, your sleep, and your blood pressure," says Malani. "Don't focus on worrying about what might happen, or the products you can buy that promise to help, but rather focus on what you can do now that research has proven to help."

Robots Understand a Dementia Patients Joy and Sorrow
Robots are being developed that can understand the joys and sorrows of dementia patients and cater ....

Dementia in Early Stages can be Managed Better without Medication
Symptoms of dementia like agitation and psychosis should be managed through non-drug strategies ......