Dementia can be Prevented in Asia and Latin America: Heres How

Dementia risk can be significantly reduced in low and middle-income nations if certain modifiable risk factors are addressed earlier, as per a recent study in the University College London (UCL), UK. The study was led by Dr Naaheed Mukadam, Department of Psychiatry UCL.

Dr Mukadam, said: "After our previous research finding that one in three cases of dementia could be preventable, we realized that the evidence was skewed towards higher-income countries."
Dementia can be Prevented in Asia and Latin America: Heres How


The findings, of the study appear in The Lancet Global Health, suggesting that improvement of education levels and other health outcomes can greatly reduce the risk of dementia in the developing nations.

"Reducing the prevalence of all of these risk factors clearly has numerous health benefits, so here we've identified an added incentive to support public health interventions that could also reduce dementia rates. The growing global health burden of dementia is an urgent priority, so anything that could reduce dementia risk could have an immense social and economic benefit," said Dr Mukadam.

A significant reduction in dementia cases can be achieved in developing nations of Asia and Latin America if modifiable risk factors such as low education levels and medical conditions such as obesity, hypertension, diabetes and hearing loss are promptly addressed.


‘A third of dementia cases are linked to nine risk factors that can be readily addressed such as low education, smoking, hearing loss, obesity, hypertension, physical inactivity, depression, social isolation and diabetes. The prevalence of these modifiable risk factors is 40% in China, 41% in India and 56% in Latin America and addressing these can significantly reduce dementia risk in these regions.’
Read More..

Cardiovascular Risk Factors During Midlife Increase Risk of Dementia
Midlife vascular health is important to prevent the risk of dementia. Cardiovascular risk factors such as diabetes, hypertension, and smoking can increase the risk.
READ MORE 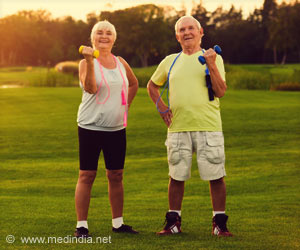 Physical Inactivity Increases Risk of Dementia In Those With Genetic Risk Factors
Carriers of a variant of the apolipoprotein E genotype are more likely to develop dementia, but inactivity increases the risk for non-carriers.
READ MORE