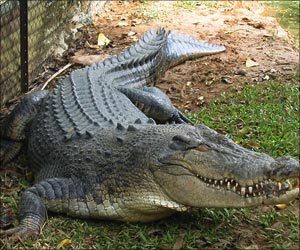 The evolution of the eardrum and the middle ear is what has allowed mammals and diapsids - a taxonomic group that includes reptiles and birds to hear through the air, noted a new study done in Japan.

The findings by researchers at the RIKEN Evolutionary Morphology Laboratory and the University of Tokyo in Japan showed that the mammalian eardrum depends on lower jaw formation, while that of diapsids develops from the upper jaw.

Quicker and likely affordable surgical technique can currently be used for treating perforated or punctured eardrum in children and adults, opine researchers.
Advertisement

"This approach to studying middle ear evolution could help us understand other related evolutionary changes in mammals, including the ability to detect higher toned sounds and even our greater metabolic efficiency," said, Masaki Takechi, Lead author, RIKEN Evolutionary Morphology Laboratory.


Although scientists have suspected that the eardrum and thus hearing developed independently in mammals and diapsids, no hard evidence has been found in the fossil record because the eardrum is never fossilised. They noted that in mammals, the eardrum attaches to the tympanic ring, a bone derived from the lower jaw, but that in diapsids it attaches to the quadrate an upper jawbone.

The scientists found that primary jaw function shifted upwards in mammals and that the middle ear developed after this shift and must therefore have occurred independently after mammal and diapsid lineages diverged from their common ancestor.

Sainte-Justine University Hospital researchers have developed a revolutionary technique for treating perforations of the tympanic membrane (eardrum) in children and adults.
Advertisement

A ruptured eardrum could result from inserting a cotton swab in the ear, state researchers in a new study.
Advertisement

Perforation of the eardrum separating the middle ear from the outer ear leads to hearing loss. Middle ear ...

Perilymph fistula is fluid leakage from the inner to the middle ear due to any of the many reason including ...
This site uses cookies to deliver our services.By using our site, you acknowledge that you have read and understand our Cookie Policy, Privacy Policy, and our Terms of Use  Ok, Got it. Close
×