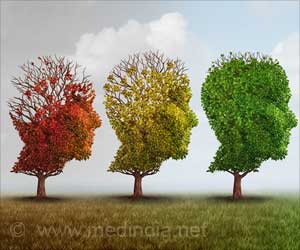 Dementia is a general term for a decline in mental ability severe enough to interfere with daily life. People with both high and low levels of magnesium in their blood may have a greater risk of developing dementia.

This is according to a study published in the online issue of Neurology®, the medical journal of the American Academy of Neurology. "These results need to be confirmed with additional studies, but the results are intriguing," said study author Brenda C.T. Kieboom, MD, MSc, of Erasmus University Medical Center in Rotterdam, the Netherlands. "Since the current treatment and prevention options for dementia are limited, we urgently need to identify new risk factors for dementia that could potentially be adjusted. If people could reduce their risk for dementia through diet or supplements, that could be very beneficial."

Advertisement
‘Dementia is often incorrectly referred to as senility or senile dementia, which reflects the formerly widespread but incorrect belief that serious mental decline is a normal part of aging.’

The study involved 9,569 people with an average age of 65 who did not have dementia whose blood was tested for magnesium levels. The participants were followed for an average of eight years. During that time, 823 people were diagnosed with dementia. Of those, 662 people had Alzheimer's disease.

The results were the same after researchers adjusted for other factors that could affect the risk of dementia and magnesium levels, such as body mass index, smoking status, alcohol use and kidney function.

Foods that are good sources of magnesium include spinach, almonds, cashews, soy and black beans, whole grains, yogurt and avocados.

Kieboom said that if the results are confirmed, blood tests to measure magnesium levels could be used to screen for people at risk of dementia. She emphasized that the study does not prove that high or low levels of magnesium cause dementia; it only shows an association.

People With Dementia are Usually Physically Aggressive
Many patients with the diagnosis Alzheimer's disease or frontotemporal dementia are physically ......

Artificial Intelligence may Accelerate Early Diagnosis of Dementia
The accumulation of amyloid begins decades before the symptoms of dementia occur. However, this ......

Dementia Patients Spend Last Year Of Their Life In Accident & Emergency
People with dementia, who are in their last year of life were more often seen in Accident and ......

Magnesium
Magnesium is one of the most important minerals which a healthy body needs. Today, physicians recogn...

Magnesium Rich Foods
Magnesium is an essential mineral required by the body for maintaining good health. Here are the mul...