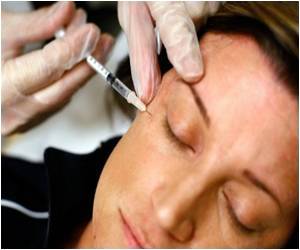 In Britain, anti-aging treatments such as botox, wrinkle fillers and other cosmetic procedures are being offered under a low regulatory environment.

This means that products that have undergone only rudimentary safety testing are being administered by people who have little or no training in their use.

Now draft proposals covering cosmetic injections as well as cosmetic surgery are being circulated to national standards bodies for urgent discussion in the hope that putting new regulations in place across the EU will help clean up the field of anti-ageing treatments.


To those in the cosmetic surgery industry, the only surprise is that it has taken so long for the situation to come to light.

"Surgeons have been asking for tighter regulations for many years," the Daily Express quoted consultant plastic surgeon Rajiv Grover, president-elect of the British Association of Aesthetic Plastic Surgeons (BAAPS), as saying.

There are several myths associated with ageing and one such myth doing the rounds is that pain is a part of growing old. Is there a grain of truth in this? To find out, participate in this quiz.
Advertisement
"The fault lies with the European legislation. All fillers should come under the same legislation as medicines. That would mean they would have to be subjected to lengthy studies for safety and health.

"In America fillers are regarded as medicines with the result that only a dozen are approved for use, whereas in Europe there are 160 available," he said.

The lack of regulation means that Britain is being seen as an open goal when it comes to cosmetic injections. Companies often launch new invasive procedures here with great fanfare, only to disappear quietly when problems emerge.

The lack of training is terrible," Dr Mike Comins, president of the British Association of Cosmetic Doctors, was quoted as saying.

"In the BACD we make sure that all our members have shown competence in injection skills. They also have to attend a certain number of conferences and training sessions to maintain their membership," he said.

One aspect of the draft proposals, which BAAPS members have been involved in drawing up, is that only medical doctors, their assistants or supervised nurses, should be allowed to carry out injections of Botox and fillers.

That is necessary because there are plenty of things that can go wrong with cosmetic injections. Aside from unsightly trout pouts and overstuffed 'hamster cheeks' caused by injecting too much product, wrinkle-fillers can give long-lasting problems that may require surgery.

Until the law is changed, anyone contemplating such work should proceed with extreme caution, use only reputable, well-trained practitioners and make sure they are using well-tested products.

"... Just because a doctor is written about in a glossy magazine does not guarantee his or her qualifications, or even that he is good," she said.

One sure approach to maintaining lasting youthful looks lies in the food that is consumed, in our daily diet. The webpage offers some great tips on preserving a wrinkle-free, glowing skin.
Advertisement
<< Premiering Chimeric Monkeys Created by Blending 6 Embryos
Look! Its a Wild 'Hairy' Ginger in India >>

More News on:
Anti-aging Secrets to a Younger You Anti-Aging Treatment with Vinotherapy or Wine Facials Telomere Shortening And Ageing Top 7 Most Essential Anti-Aging Ingredients That Work