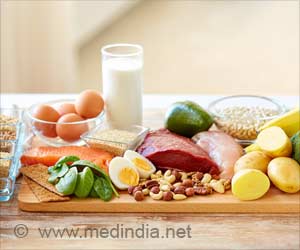 Choline is the key nutrient that aids in prenatal brain development. The study published in Schizophrenia Bulletin revealed that reduced choline levels were associated with higher stress hormone cortisol levels.

Increased stress hormone cortisol induced the mother to hold choline in her liver instead of delivering it to the baby.


"One of the possible causes of higher cortisol and lower choline levels in Black American women is the burden of institutional racism and the chronic subconscious stress that it causes," said Robert Freedman, MD, professor of psychiatry at the CU Anschutz Medical Campus and the study's lead researcher.
Advertisement
Choline and Stress Link: Studies

A sample of 183 pregnant women, with 25 self-identified Black women was surveyed. In Black women, choline levels were lower than those of white women from the same neighborhoods.

In a separate clinical trial with 100 pregnant women, 50 women, of whom seven were Black, received a phosphatidylcholine supplement to raise their choline levels.

Fifty received a placebo; eight of them were Black. Both groups received instruction on how to increase choline in their diets. In the seven Black women who took choline supplements, premature birth was prevented.

The same was not observed in the eight who received a placebo. By age four, their children had fewer problems with attention and social behavior with others.

"We hope to get the word out, to all women and especially to stressed, pregnant Black women, that taking supplemental choline, in addition to the prenatal vitamins they already take, can significantly improve outcomes for their children," said Freedman.

More News on:
Trimester of pregnancy Pregnancy and Exercise Home Pregnancy Test Pregnancy Psychological Changes In Pregnancy Palpitations And Arrhythmias Drugs in Pregnancy and Lactation Breech Presentation and Delivery Air travel: To fly or not to fly Stress Relief Through Alternative Medicine

Anticholinergic Drugs Raise Mortality Risk in Dementia Patients
Anticholinergic drugs significantly increase the risk of mortality in people with dementia, as per ....

Quiz on Symptoms and Signs of Pregnancy
Pregnancy is a happy as well as an anxious time for women, especially first-time mothers. Test your ...

Attention Deficits may Arise from Brain Damage After Stroke
Impaired brain pathways may be the cause of attention deficit problems after stroke....