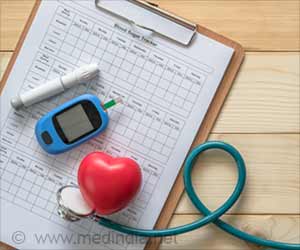 Mr. Atul Raorane, a Mumbai patient of Diabetes mentioned how, before taking Ozone Therapy, his sugar levels were up to 350, but after Ozone and following up on the same, it has now come down to 75, and he has started taking Ozone Therapy since 2018. Energy levels have improved drastically, and during the pandemic, he could work 24x7.


Doctors mentioned apart from health and lifestyle conditions, lack of oxygenation is the key to better health conditions. This is where Ozone Therapy, which brings Ozone and oxygen together, helps to energize life with active oxygen and thus have had successful treatments of Type 2 Diabetes and Diabetic foot cure for patients in India.
Advertisement
Ozone Forum of India has trained over 2400 doctors in the usage of Ozone Therapy and its usefulness and has invested in extensive research on the same for the last 18 years. Ozone Therapy is under Naturopathy, which has a natural way of healing diabetes complications.

As Dr. (Mrs.) Mili Arpan Shah says President, Ozone Forum of India, an initiative supported by Bisleri Charitable Trust and World Federation of Ozone Therapy feels "Diabetes is not only a disease, but it is also a condition of multi-organ involvement which causes greater complications such as eye disorders which were like glaucoma, cataract retinopathy or renal or kidney failure or cardiovascular diseases. Hence the holistic method of treating Diabetes, i.e., focusing on the one-part treatment to the whole body, is what will help diabetic treatment. It is a multi-organ involvement where one needs to work on from diet to exercise to best to detox and oxygenation, which is the key to improving diabetic complications and tissue damage, and it improves general vascular occlusion also."

As Dr. Anupam Gaur, Founder-Director: Centre For Optimum Health, Gurgaon, says, "India's median age is 29 at the moment, and we have crucial next ten years ahead to make the most out of our economy, but Type-2 Diabetes might turn out to be a curse for our young workforce as their youth will get overshadowed by low productivity & further lifestyle diseases conduce by Diabetes which eventually result in chronic diseases.

He also adds, "While existing management practices are limited to blood sugar control only, Medical Ozone Therapies or Ozone Therapy come as a promising useful resource in targeting the root cause of the problem, helping patients in augmentation of their mitochondrial functions, reforming their desired genetic expressions and in the restoration of their microbiome. Eventually, we are aiming at extending their youth which would not only help with the disease but also help the nation grow with a younger workforce for the longest time".

Simply put, when blood sugar increases in blood sugar or blood glucose, that condition is called Diabetes, and we have reference number levels to that. However, what is important to note that it germinates into more diseases in itself from top to bottom, leading to impacting the eye, kidney, brain, or even cardio vascular systems. For eyes, cataracts, it is about retinopathy; if it is brain dementia, it can cause a stroke; if about heart issues, then Diabetes includes cardio to obesity and cardiac issues.


How does Ozone Therapy help Diabetic Foot Treatment? Poor control of sugar, trivial trauma to the foot leads to skin cracking and develops into an ulcer. Almost 15% of Diabetes patients develop a diabetic foot ulcer. So out of the 15%, almost another 7 to 8% of the patients undergo amputation due to tradition. So it's very important that the diabetic foot ulcers are picked up at an early stage as they're seen onto the sole of the feet or the great toe which is affected the most or even on the heel of the feet, i.e., the pressure points areas become severely affected.

Ozone therapy delivers more oxygen at the tissue, more energy at the tissue. It also improves immunity with WBC, helps immunity, and improved oxygen delivery with RBC. Ozone works with platelets to improve circulation and healing.

As Dr. Gautam Shah, M.S. Orthopaedic Surgeon & Professor in Orthopaedics says, "The most important complications of Diabetes is a diabetic foot ulcer. Ozone therapy prevents the diabetic foot ulcer from amputation by increasing the oxygenation and improving the blood circulation of the limb. Ozone therapy helps in the healing of diabetic ulcers by reducing infection; it helps in swelling and pain reduction. I, as an orthopedic surgeon, have been treating patients with ozone therapy for the past 12 years."

Top 9 Diabetes Diet Myths
Are you a Diabetic? Myths about food restrictions put you away from enjoying your meal? Here are a ....

Type 1 Diabetes
An overview of type 1 diabetes, its contributing factors, management and adopting a healthy ......

Top Ten Skin Conditions Associated With Diabetes
Diabetes is associated with varied skin complications, such as itchiness and infections. Control .....