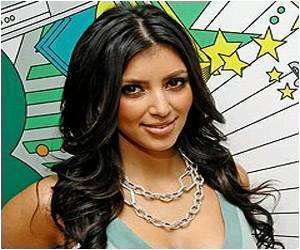 Reality star Kim Kardashian's New Year resolution is that she is hoping to tone down her highly publicized life and "be more simple in 2012."

The 31-year-old reality star tweeted her New Year's resolution on Sunday, as she prepared to host an over-the-top party at the TAO nightclub in Las Vegas, News.com.au reported.

It has been reported that she is getting around 60,000 dollars for the gig.


Kardashian has wrapped up a highly emotional 2011 in which she wed NBA player Kris Humphries in August only to split from him after just 72 days.

You can save your marriage - even when your partner insists on a divorce.
Advertisement
<< No Medical Benefits from New Year Detox to Get Over Festive...
Poll Finds Workers Relate Bosses to Holiday Movie Character... >>

Selfie Addiction Calculator Sanatogen Nutam (400mg) (Piracetam) Vent Forte (Theophylline) Accident and Trauma Care Diaphragmatic Hernia Blood - Sugar Chart How to Reduce School Bag Weight - Simple Tips The Essence of Yoga Daily Calorie Requirements
This site uses cookies to deliver our services. By using our site, you acknowledge that you have read and understand our Cookie Policy, Privacy Policy, and our Terms of Use