Kidney Problems in the Chinese Connected to Genes 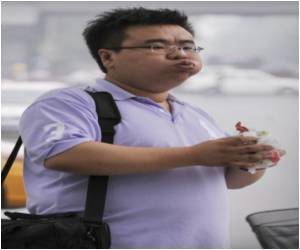 Diabetics of Chinese descent face a higher risk of kidney disease compared to Caucasians due to variants of a gene, according to a study.

Asians tend to have a higher likelihood of kidney failure, a major cause of death among diabetics. Diabetes rates have been soaring in China as rising prosperity changes lifestyles.

Writing in the Journal of the American Medical Association, researchers linked renal disease risk to variants of the gene PRKCB1 among people of Chinese origin in Hong Kong.


The study, led by Ronald C.W. Ma of the Chinese University of Hong Kong, looked primarily at 1,172 diabetics recruited between 1995 and 1998 when they showed no signs of kidney problems.
Advertisement
After 7.9 years on average, 90 patients -- or 7.7 percent of the total -- developed chronic kidney disease.

A DNA analysis showed that patients who had four common variants of PRKCB1 were six times more likely to suffer kidney disease than those with only one or no variant of the same gene, the study said.

The findings "suggest that genetic variation in the PRKCBl gene is an important determinant for the risk of developing (diabetic kidney disease) in Chinese patients with type 2 diabetes," the authors wrote.

Type 2 diabetes, the most common form of the disease, is the incapability to use insulin, the hormone produced in the pancreas that regulates sugar in the bloodstream.

A study in March found that China is faced with a diabetes epidemic, with one in 10 percent of adults suffering from the disease due to increasingly unhealthy diets, a lack of exercise and high rates of smoking.

Solitary Kidney
Solitary kidney does not pose a grave health risk but it does require additional care. Find out how ...