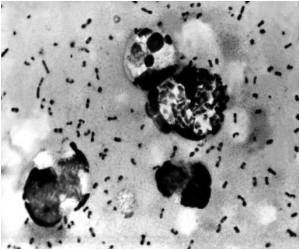 Bubonic plague has caused the death of a 14-year old boy in Le Paz department, Bolivia and a health alert has been declared, reported the Health Ministry.

An emergency plan will "increase health controls and prevention programs... in communities where an increase of rodents and fleas has been reported," regional Health Minister Rene Barrientos said.

So far, eight cases of bubonic plague, including the death of the teenager, have been reported in Apolo, a town with 5,000 inhabitants bordering Peru, where three people have died after an outbreak of plague in the past two months.


According to the World Health Organization, bubonic plague is the most common form of plague, caused by infected flea bites or direct contact with infected animals like rodents.

The last outbreak of bubonic plague in northern Peru was in 1994, which killed 35 people and infected over 1,100 others.

Vent Forte (Theophylline) How to Reduce School Bag Weight - Simple Tips Post-Nasal Drip The Essence of Yoga Blood - Sugar Chart Pregnancy Confirmation Calculator Sinopril (2mg) (Lacidipine) Nutam (400mg) (Piracetam) Diaphragmatic Hernia Find a Doctor
This site uses cookies to deliver our services. By using our site, you acknowledge that you have read and understand our Cookie Policy, Privacy Policy, and our Terms of Use