Is 'Glassing' the Big Issue in Alcohol-Related Violence 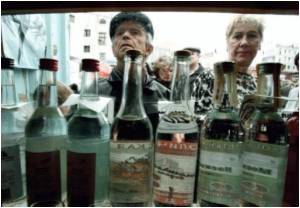 This Early View paper is written by paramedic student Anthony Laing, Dr Marguerite Sendall who is a lecturer in health promotion and qualitative research at the Queensland University of Technology, and emergency paediatrician Dr Ruth Barker from the Mater Children's Hospital in Brisbane and director of the Queensland Injury Surveillance Unit.

The researchers studied the characteristics of patients presenting to emergency departments (EDs) in Queensland with injuries due to assault with a glass implement ("glassing") and to set this within the broader context of presentations due to alcohol-related violence.

Nine percent of alcohol-related assault injuries were a consequence of "glassing".

The most common glass object involved was a bottle (75%); however, in licensed venues there was an even mix of a drinking glass (44%) and glass bottle (45%).

The body region most frequently injured from violence related to alcohol use was the head and face - 54% of presentations in this study.

"Glassing" is a colloquial term, frequently utilised by the media, that refers to a particular type of alcohol-related violence involving assault with a glass implement (typically a drinking glass).

Media reporting of these incidents has received criticism for glamourising the incident and inciting similar violence.

The strategy of removing access to glass in Australian licensed venues is contentious despite limited research suggesting a lower injury risk within "all-plastic" venues.

In 2008 a wide range of restrictions were imposed by the NSW Government on high-risk licensed premises including the removal of regular glassware after midnight.

Research into the efficacy of these restrictions indicated a significant reduction in the number of "glassing" attacks in the seven months following implementation.

These findings are consistent with the steady decrease in the number of "glassings" reported to NSW Police between 2007 and 2011.

Prevention efforts need to be directed towards social norms associated with alcohol sale and consumption both within and beyond the licensed venue setting, with a particular focus on the emerging drinker (under 18 years).

Risk of Violence Against Aboriginal Women Influenced By Socio-economic Status: Study
A new study has found that if aboriginal women had the same income and education levels as ......

Specific Drinking Environments Associated With Partner Violence: Study
Violence toward spouses and partners increases with the frequency and volume of drinking....