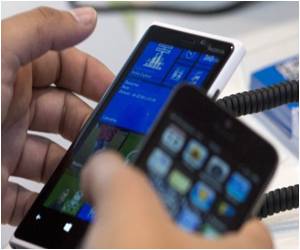 New apps for iPhones are being developed that aim to revive the tradition of hand-written notes with a high-tech twist.

Bond Gifts, a free app, lets users write a digital message that is converted into a hand-written note.

A robot called Giles at the company's New York headquarters writes the letter with a fountain pen on embossed stationery, news24 reports.


The notes are sent in the mail, complete with a wax seal, to the recipient.

Sonny Caberwal, founder and chief executive officer of Bond Gifting, which created the app, said that it is a way to marry technology with tradition.
Advertisement
Caberwal said that people might think about writing a note, but very few people actually do it, adding it is a quick way to provide a personal touch.

According to the report, the user types the message and provides the recipient's address, or the app can find the address for the sender. Each hand-written note costs five dollars.

The app also sells and sends gifts, such as books and candles, with a hand-written note within the United States.

It also keeps track of birthdays and special events.

How Effective are Mobile Weight Loss Apps?
In a new study published by the American Journal of Preventive Medicine , UMass Medical School...

Exercise Caution on Popular Skin Rash Apps: Experts
For diagnosing skin rashes and moles, more than 200 mobile apps are now on the market and US ......

FDA Issues Rules for Development of Mobile Medical Apps
The US Food and Drug Administration has come up with the final rules that regulate the development ....