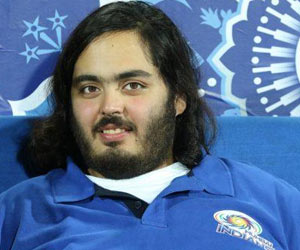 Often being targeted for his obesity, son of Indian billionaire Mukesh Ambani seems to have shed massive weight.

Anant Ambani, surprised everyone when he visited Somenath temple recently because of his lean body. The young lad with religious inclinations instantly became an attraction among fellow worshippers.

As most weight loss apps are found to be inaccurate, it is best to look for professional ones where health experts have been involved in developing it.
Advertisement
‘Anant Ambani, son of Indian billionaire Mukesh Ambani is in news for reportedly reducing 70 kg weight.’

His transformation can be attributed to rigorous workout regimen with an American fitness instructor. Earlier, he weighed somewhere around 140 kgs. According to reports, his workout regimen included running marathons at Reliance' Jamnagar Refinery, besides other painstaking workout sessions.


Many don't know that Anant Ambani has hypothyroidism problem which increases weight with even eating very normal amount of food.

Nearly 10% of Malaysian cops are overweight, causing rising health-related absenteeism and costing millions of dollars in lost productivity.
Advertisement
<< Climate Change may Affect the Finest Wines of France, Switz...
Do You Know Why We Kiss With Our Eyes Closed? >>

Most people who have lost a lot of weight don't perceive themselves as being 'judged' because they used to be overweight or obese.

Weight loss programs that provide healthy fats, such as olive oil in the Mediterranean diet, or a low-fat, high-carbohydrate diet have similar impacts on pound-shedding.