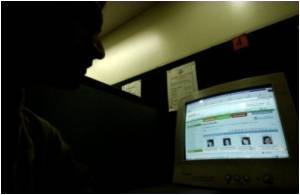 There is an increase in the numbers of Southeast Asian men marrying foreigners, as women from their homeland are unwilling to marry, according to a new study.

The phenomenon, which dates back more than a decade, has even created a detectable trend in women's migration, said the study by Daniele Belanger of the University of Western Ontario University.

"Since the beginning of the 1990s, more and more men in southeast Asia are looking abroad to find a wife," wrote Belanger in the journal of France's National Institute for Demographic Studies (INED - http://www.ined.fr/en/resources_documentation/publications/pop_soc/bdd/publication/1510/).


In Taiwan, 15 percent of wives were of foreign origin in 2009; eight percent in South Korea.

In Japan, the phenomenon started earlier, in the 1980s, but has remained at a modest level: only five or six percent of marriages in the mid-2000s involved foreign wives.

Marriage Patterns Have a Bearing on Fertility Decline in Old Age

Marriage can influence the evolution of age-patterns of fertility, according to researchers at the University of Sheffield.
Advertisement
But in all three places, foreign brides represented the largest group of new immigrants apart from the temporary workers, wrote Belanger. And the reason the men went looking abroad was the lack of women at home, she added.

With women's education levels rising so was their representation in the workplace, she explained.

Increasing numbers of them were not willing to settle for the traditional role of a wife -- at least as it exists in its current form. They preferred to keep their jobs and stay single.

For men however, "they have the responsibility to continue the paternal line by giving birth to a son and, in many cases, looking after their aged parents," Belanger wrote.

They could not therefore remain bachelors.

The foreign brides generally came from China and Vietnam, and if at first this kind of marriage was more common among the rural poor, it subsequently spread to the urban middle classes.

There were even marriage agencies specialising in this sector, charging the man's family between 5,000 and 10,000 euros.

Some observers have expressed fears that some of the brides involved are victims of trafficking.

But Belanger noted: "The great majority of migrant women marry of their own accord and not under parental pressure, and their objective is both to marry and to migrate."

Argentina's President Cristina Kirchner signed into law a historic bill that legalizes same-sex marriage for the first time in Latin America.
Advertisement
Advertisement
This site uses cookies to deliver our services.By using our site, you acknowledge that you have read and understand our Cookie Policy, Privacy Policy, and our Terms of Use  Ok, Got it. Close
×