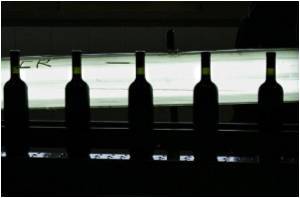 Employees of global beverages giant Pernod Ricard, the group were brought to Australia for a crash course in appreciating a wine range specially developed for the Chinese palate, Jacob's Creek's "Winemaker's Selection".

The Value In Drinking Wine

Resveratrol, found in wine, activates a group of enzymes known as sirtuins and helps in strengthening memory and brain power, claims MIT's Picower Institute for Learning and Memory.
Advertisement

With an average age of just 31 and a taste for quality brands, the group are key to Pernod Ricard's push of the premium Australian range into China's flourishing wine market and its 200-million-strong middle class.


"We are definitely going after young new consumers that are coming into wine," explained Con Constandis, the company's China managing director.

"Our belief in China is it's more than just the sales and marketing people that are dealing with the customers, it's every one of your employees that becomes an ambassador."

A new study doubts the theory that taking antioxidants via red wine and vitamins would increase your chances of living longer.
Advertisement
One of the world's largest liquor producers and distributors, Pernod Ricard has cornered 45 percent of China's spirit import market, building a name for itself on brands such as Chivas Regal, Ballantines and Absolut Vodka.

But China's seemingly boundless prosperity and thirst for the best of the west has opened up new opportunities, said Constandis.

"Over the years, as the towns have become cities, consumers have had means in their hands," he said.

"Their tastes are changing, they're discovering the rest of the world, their interest in international brands is growing. It's a statement that they make about themselves."

"Very clearly wine was the next frontier for us," he added.

The 600 delegates came from all over China, predominantly the key wine hotspots of Beijing, Shanghai and Guangzhou, to receive a hands-on "Aussie" experience of the Barossa, explained Horace Ngai, head of the group.

"(They can) breathe the air, taste the water, drink the wine, it's how you get to feel the whole perspective," Ngai said.

They petted native kangaroos, koalas and emus, attended a wine-tasting masterclass with chief Jacob's Creek winemaker Bernard Hickin and visited the vineyard's "sensory lab" to learn how to spot a good vintage from its smell, taste and colour.

"Fresh, vibrant, not too alcoholic and (with) soft tannins," Hickin said of the ideal Chinese wine. "Not too aggressive and not too hard because of the nature of Asian cuisine," he told AFP.

Jacob's Creek is China's top-selling imported wine and Australia is second only to France in the rapidly expanding import wine market, with a 20 percent share of the 10 million cases brought into the country each year.

Domestic products account for the lion's share of wine consumed in China, with the local "bijo" (a 65 percent liquor) still preferred for meals and celebrations.

But the Australian government's wine agency has projected exports to grow by 50 percent this year to value 200 million dollars (176 million US), last month launching a major marketing push at the Shanghai World Expo.

"Just as the Australian wine story now needs a bold new chapter, we think it entirely appropriate that we should be launching this initiative in China, the world?s next fine wine frontier," said agency spokeswoman Lucy Anderson.

China is currently Australia's fourth-largest but fastest-growing wine destination, with 46 million litres sent there in the 12 months to June, an increase of 59 percent on the previous year.

It is expected to outstrip the United States, Britain and Canada to become Australia's number one customer by 2015, boosted by the impact of the global financial crisis in the US and Europe.

"If you look at the economic development of China, the last five to seven years is a fabulous time," he said.

"There's a substantial amount of people, 200 million, they are (the) more affluent middle class group and in the next five to 10 years they will double." "I think the biggest competition with ourselves is how fast we can educate our consumers why Australian wine is a quality wine and is better value than something you don't know coming from Bordeaux," added Ngai, gesturing across the lush fields of the Barossa.

"You might know the name of the area, but you don't know what's in the bottle."

Alcoholics Get Comfort Through Confiding In Clergy

People who suffer from alcohol problems get comforted when they confide in their clergymen, states a new study.
Advertisement
<< Professional Vodka Tasters Have to Keep a Strict Regimen
Increased Numbers of South East Asian Men are Marrying Fore... >>

Diaphragmatic Hernia Sanatogen Blood - Sugar Chart Find a Doctor Accident and Trauma Care A-Z Drug Brands in India Noscaphene (Noscapine) Indian Medical Journals Find a Hospital Calculate Ideal Weight for Infants
This site uses cookies to deliver our services.By using our site, you acknowledge that you have read and understand our Cookie Policy, Privacy Policy, and our Terms of Use  Ok, Got it. Close
×