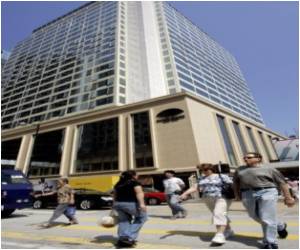 Hong Kong, one of the world's most densely populated cities, is searching for more space to house thousands priced out of its sky-high property market -- raising fears for its cherished nature reserves.

A government minister's suggestion this week that developing the city's green spaces should no longer be off limits drew scorn from environmentalists, adding to concerns that Hong Kong's natural habitats are slowly being eroded by developers.

But the comments from development chief Paul Chan also illustrate the problem faced by a city whose 7.1 million inhabitants are squeezed into only 30 percent of the territory.


The remaining 70 percent is made up of woodland, wetland, barren land, and protected country parks. These parks alone make up 40 percent of the territory.
Advertisement
"Development of country parks has been unmentionable, if not a taboo. But should it be completely untouchable?" Chan wrote on his blog on Sunday.

Hong Kong's unpopular Chief Executive Leung Chun-ying has made adequate affordable homes the central plank of government policy as he attempts to cool a soaring market driven by low interest rates and thin supply in the face of an influx of mainland Chinese immigrants.

The government has also sought to address a yawning gap between rich and poor in the city, and estimates that nearly 170,000 people are living in subdivided flats -- tiny units partitioned off within already cramped residential units.

An official advisory body last week suggested that 470,000 residential units needed to be built in the next 10 years to meet demand, with 60 percent to be earmarked for public housing.

In an editorial this week the South China Morning Post cited lawmakers who suggested this was a conservative figure.

But despite the city's space constraints, the idea of using designated green areas for potential sites for flats has triggered a backlash against what is perceived as an onslaught of development and a disregard for heritage.

"If you are giving away one inch, you will give away one foot later. There will be serious intrusion (to green areas). It should not be even thought of," Lam Chiu-ying, a former senior government official, said on a radio programme Tuesday.

Observers also pointed to recent controversies that have sparked debate over how to balance development with nature and heritage protection.

A law limiting the scope of reclamation was enacted in the 1990s following years of protests by conservationists against the shrinking of the world-renowned Victoria Harbour, with some voicing concern that the harbour would eventually resemble "a river" given the pace of development.

Yet the law has not prevented the demolition of heritage sites along the coastline to make way for redevelopment projects, such as the Queen's Pier in 2008.

Victoria Park is the city's largest urban park, but it has steadily shrunk and been concreted over. The latest portion to be sacrificed will make way for a slip road.

A plan to convert Hong Kong's northern Fanling golf course into public housing estates has also drawn ire and concerns that removing such a world-class facility would compromise the financial hub's global appeal.

Hong Kong's 24 country parks cover 40 percent of the 1,100-square-kilometre territory, and were set up in the colonial era with laws tracing back to the 1970s.

Under the laws, country parks should be reserved for the purposes of education, recreation, and nature protection.

A green group said the authorities were "out of control" in their search for fresh land.

"Country parks are one of the few places people can go on their weekends besides shopping malls. It is not rational to take them away," Tam said.

Some critics say Hong Kong's land supply issues are a myth and that the shortage is a result of years of mismanagement. They say the city has abundant shrubland, woodland, and open rural areas that could become readily available sites for development -- much of which are instead being used as storage or illegal dumping sites.

Large portions of land in the city's New Territories are locked up by a colonial-era law that stipulates all indigenous male villagers receive a village house for free. Local media have estimated nearly 1,000 hectares of land is reserved for this purpose.

Sonny Lo, a social scientist at the Hong Kong Institute of Education, said the government is set to run into more problems as the community becomes increasingly environmentally conscious.

Source: AFP
Advertisement
<< 3,600 Indigenous Colombians Who Dropped Out Of School Will ...
Scientists Have Found That Orangutans and Gorillas can Matc... >>

Shark Fin Banned At Hong Kong Banquets
To set a good example, the Hong Kong government said it would stop serving shark fin at its ......

Hong Kong's Needy Children Need Foster Care
Life could have turned out very differently for Mary, who like many other 12-year-old girls in Hong ...