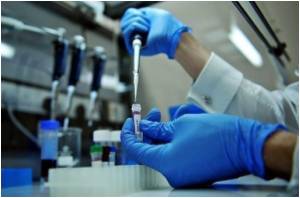 The first phase clinical trial of HIV vaccine has been carried out successfully says Chinese scientists and will start the second phase trials in a few months.

Shao Yiming, chief expert of the National Center for AIDS/STD Control and Prevention, told that the second phase of experiments on the vaccine, which has been approved by the national drug administration, "is likely to start in three or four months", reports China Daily.

China started research on an HIV vaccine in 1993 by conducting clinical trials with a vaccine produced outside the country.


In 2005, Chinese scientists developed a new vaccine using the smallpox vaccine as a carrier.

Smallpox was a deadly infectious disease that had been globally eradicated by the late 1970s.

Do you know that there are symptoms for each stage of HIV/AIDS? Learn more from our HIV Symptom Quiz but here's a disclaimer - never go by symptoms alone. Symptoms only indicate the progression of the disease, while only a medical test can confirm it.
Advertisement
"The smallpox vaccine has a long history and wide application, so we chose it for its reliability and its higher immunogenic potential," Shao was quoted as saying by the website of the central government, www.gov.cn.

Clinical trials of the new vaccine started in 2007 and, late last year, it was proved to be able to induce an immune reaction in the cells of healthy people.

"The smallpox vaccine has been used on hundreds of millions of people. All Chinese people under 25 have been vaccinated," said Shao, pointing out that this is a unique characteristic among the "more than 100 ongoing experiments in the world".

If the vaccine proves successful, it will have a huge impact on the nation's HIV prevention policy, Shao said in an earlier interview with China Central Television.

Future HIV Vaccines may Not be Used by People

Selfie Addiction Calculator Daily Calorie Requirements Drug - Food Interactions How to Reduce School Bag Weight - Simple Tips A-Z Drug Brands in India Post-Nasal Drip Noscaphene (Noscapine) Blood - Sugar Chart Sanatogen Find a Doctor
This site uses cookies to deliver our services.By using our site, you acknowledge that you have read and understand our Cookie Policy, Privacy Policy, and our Terms of Use  Ok, Got it. Close
×