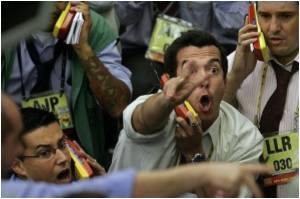 Researchers from the Utrecht and Cambridge Universities have found that an administration of testosterone under the tongue in volunteers negatively affects a person's ability to 'mind read', an indication of empathy.

Further, the effects of testosterone administration are predicted by a fetal marker of prenatal testosterone, the 2D:4D ratio.

Andropause or male menopause causing low libido in a man is due to decreasing level of male hormones, like testosterone. Symptoms of andropause are depression, irritability.
Advertisement

The study has important implications for the androgen theory of autism (testosterone is an androgen) and confirms earlier rodent research that shows that testosterone in early brain development organizes the activation of the very hormone in later life.

Care can be Improved by Showing Empathy to Patients

A study published in CMAJ found that showing clinical empathy to patients can improve their satisfaction of care
Advertisement
They used the 'Reading the Mind in the Eyes' task as the test of mind reading, which tests how well someone can infer what a person is thinking or feeling from photographs of facial expressions from around the eyes.

Mind reading is one aspect of empathy, a skill that shows significant sex differences in favor of females.

They tested 16 young women from the general population, since women on average have lower levels of testosterone than men. The decision to test just females was to maximize the possibility of seeing a reduction in their levels of empathy.

The researchers not only found that administration of testosterone leads to a significant reduction in mind reading, but that this effect is powerfully predicted by the 2D: 4D digit ratio, a marker of prenatal testosterone.

Those people with the most masculinized 2D: 4D ratios showed the most pronounced reduction in the ability to mind read.

The findings were published this week in the journal Proceedings of the National Academy of Sciences.

A new study has found that high testosterone exposure in the womb increases the risk of autism in children.
Advertisement
<< China Reports 20 Swine Flu Deaths in 2011
Omega-3 Fatty Acids Can Prevent Diabetic Retinopathy >>

Meditation Could Improve Memory And Empathy