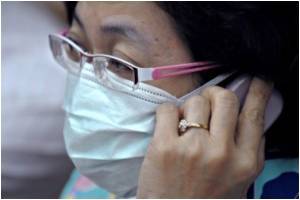 The health ministry of China reports that at least 20 people have died of swine flu so far in 2011.

The fatalities from A(H1N1) influenza have been recorded in at least nine locations since mid-January, the ministry said on Friday.

The official Xinhua news agency reported another death in Guangdong province in the south, citing local officials, but an official at the ministry said he could not confirm that the toll had risen to 21.


Swine flu has killed more than 18,400 people and affected practically all parts of the world since it was uncovered in Mexico and the United States in April 2009, according to the World Health Organization.

Swine flu, a type of influenza caused by a new strain of the H1N1 Type A influenza virus has originated from the pigs. Winter always brings along the chills and the flu, make sure you're safe this season.
Advertisement
At least 800 people died in China of swine flu as of April 2010, according to the health ministry.

In August last year, the agency said swine flu had "largely run its course", declaring an end to the pandemic but warning that "localised outbreaks of various magnitudes" were likely to continue.

Several countries have recently reported deaths from A(H1N1) influenza as the flu season peaks but not on the scale seen when the outbreak first emerged, due in part to mass vaccination campaigns.

Shu Yuelong, director of China's National Influenza Centre, said while the number of serious cases and deaths could increase, the outbreak was not as bad as that seen in 2009, according to the government-run Health News.

Wang Yu, spokesman for the Beijing Centres for Disease Control and Prevention, said the threat posed by A(H1N1) should not be overestimated.

"Now we know it as a new, but common kind of flu," Wang was quoted saying by the Global Times on Friday.

"There's no need to panic."

Is the world in the grip of its first influenza pandemic in forty years? It definitely seems so! The current swine flu or pig flu disaster traces its origin to the badly- hit State of Mexico.
Advertisement
Advertisement