Are you feeling exhausted, depressed or tired after your daily work? Don't worry, just relax and take a short break from your busy life. Spending long hours at wild urban parks with deep woods and lush green meadows at the shore of a small river can keep you happy and healthy always.

As metropolises balloon with growth and sprawl widens the footprint of cities around the world, access to nature for people living in urban areas is becoming harder to find.
Visiting Wild Urban Parks can Boost Your Health and Wellbeing

If you're lucky, a pocket park might be installed next to a new condominium complex on your block, or perhaps a green roof tops the building where you work downtown. But it's unusual to find places in a city that are relatively wild -- even though our evolutionary history suggests we need interactions with wild nature to thrive.


‘Wild urban parks can improve your physical health and mental wellbeing. Spending more time gazing up at the quiet river waters, resting on a log, swimming in a lake, strolling through the woods, and watching chirping birds can keep you happy and healthy.’
Read More..


A new study led by the University of Washington has found that not all forms of nature are created equal when considering benefits to people's well-being. Experiencing wildness, specifically, is particularly important for physical and mental health, according to the study published in the journal Frontiers in Sustainable Cities.

Past research has found health and wellness benefits of nature for humans, but this is the first study to show that wildness in urban areas is profoundly important for human well-being.

"It was clear from our results that different kinds of nature can have different effects on people," said lead author Elizabeth Lev, a graduate student in the UW School of Environmental and Forest Sciences. "The wilder areas in an urban park seem to be affording more benefits to people -- and their most meaningful interactions depended on those relatively wild features."

While these findings likely hold true in most major cities, the research team focused on Discovery Park in Seattle, the city's most expansive urban park, which encompasses about 500 acres. The park, less than a 20-minute drive from the downtown core, has faced development pressures common for parks in cities with burgeoning populations.

The park's advisory board asked the UW researchers to look at what elements were most important to people who visit, with the goal of gaining usable information for decision-makers.

"We looked at Discovery Park, but this is about the entire planet," said senior author Peter Kahn, a UW professor of environmental and forest sciences and psychology.

"Everywhere, development is chipping away at wild areas. Humanity has caused so much destruction and there's no stopping it -- unless we stop. We're trying to show that if you're going to develop an area, you at least need to understand the human costs."

The research team surveyed several hundred park-goers, asking them to submit a written summary online of a meaningful interaction they had with nature in Discovery Park. The researchers then pored over these submissions, coding experiences into different categories. For example, one participant's experience of "We sat and listened to the waves at the beach for a while" was assigned the categories "sitting at beach" and "listening to waves."

Across the 320 participant submissions, a pattern of categories the researchers call a "nature language" began to emerge. After coding all of the submissions, half a dozen categories -- what the researchers call "interaction patterns" -- were noted most often as important to visitors. These include encountering wildlife, walking along the edge of water, gazing out at a view and following an established trail.

Additionally, the researchers looked at whether the park's relative wildness was important in each visitor's most meaningful experiences in the park. They defined "relatively wild" as including Discovery Park's varied and relatively unmanaged land, its high levels of biodiversity, its "big nature" like old growth trees, large open spaces, expansive vistas, and people's experience of the park's solitude and removal from civilization.

These wild features were important to people's experiences, in nearly every case. For example, "spotting bald eagle" references a relatively wild bird, and "watching birds perched on an old growth tree," denotes a wild habitat where that tree can thrive.

Naming each nature experience creates a usable language, which is important for people to be able to recognize and take part in the activities that are most fulfilling and meaningful to them. For example, the experience of walking along the edge of water might be fulfilling for a young professional on a weekend hike in the park. Back downtown during a workday, they can enjoy a more domestic form of this interaction by walking along a fountain or water feature on their lunch break.

The researchers hope this study -- and future ones conducted in other cities -- can be used as part of the decision-making process for development proposals in parks and urban natural areas. They compiled their analysis methods into a handbook that can be used to undertake similar studies in other cities around the world. 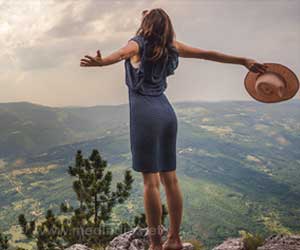 Weekly Nature Visits can Boost Your Health and Save The Planet
Wanna be happy? Reconnect with nature says a new study. Being connected with the nature physically & psychologically can improve your health and well-being.
READ MORE 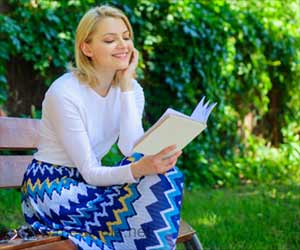 Closer You Are to Green Space, Better is Your Mental Health
Closer you are to urban green space, greater is your happiness, sense of worth, and life satisfaction. Individuals feel positive emotions when exposed to natural environments.
READ MORE

For Better Mental Health: Choose a Commute With Green Spaces
People who go on their daily commutes through green spaces tend to have better mental health, finds a new study.
READ MORE 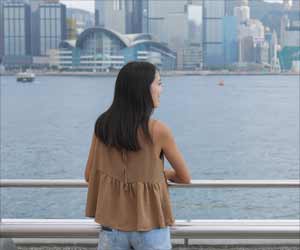