Having a healthy heart today means a healthier brain later in life, suggests a new study. Too many heart problems at an early age can hinder your overall brain health and performance. Hence, make sure to keep your heart healthy now, so that your brain will benefit later.

Having health issues such as smoking, high cholesterol or a high body mass index (BMI) in your 20s may make you more likely to have problems with thinking and memory skills and even the brain's ability to properly regulate its blood flow, according to a preliminary study presented at the American Academy of Neurology's 72nd Annual Meeting in Toronto, Canada.
Heart Problems in Your 20s May Harm Your Brain Health Later

"These results indicate that people need to pay close attention to their health even in their early 20s," said study author Farzaneh A. Sorond, M.D., Ph.D., of Northwestern University Feinberg School of Medicine in Chicago and a member of the American Academy of Neurology.


‘Watch out: People suffering from health problems such as smoking, high cholesterol, or a high body mass index (BMI) during their early 20s are more likely to affect their brain health decades later. So, keep your heart healthy now, and your brain will benefit later.’
Read More..


"We've known that vascular risk factors such as high blood pressure and high blood glucose levels are linked to cerebrovascular damage and problems with thinking skills in older people, but this study shows that these factors may be linked decades earlier and injury may start much earlier."

The study involved 189 people with an average age of 24 who were followed for 30 years as part of a larger study. Of the group, 45% were black and 55% were white. The people were tested eight times over the course of the study. Each time, their cardiovascular health was assessed based on five factors: smoking, BMI, blood pressure, total cholesterol and fasting blood glucose level.

At their 30-year visit, the people's thinking and memory skills were tested, along with their brain's ability to regulate its blood flow.

The results were the same after researchers adjusted for other factors that could affect thinking and memory skills, such as level of education.

The people with better cardiovascular health at the beginning of the study and seven years into the study were more likely to have better cerebral autoregulation, or the body's ability to maintain stable blood flow in the brain. This means that during changes in blood pressure, the brain is able to maintain adequate blood flow.

"More focus on a life course research approach is needed to help us better understand how these vascular risk factors affect brain health as we age," Sorond said.

She noted that the study does not prove that better cardiovascular health results in better thinking and memory skills or better ability of the brain to regulate blood flow; it only shows an association.

A limitation of the study was that researchers did not have cerebral autoregulation measures at each visit to better understand the relationship over time between cardiovascular health and brain blood flow regulation as they relate to midlife cognition. 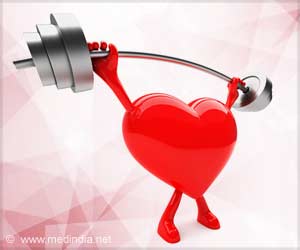 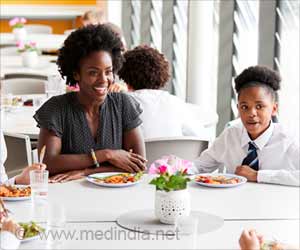