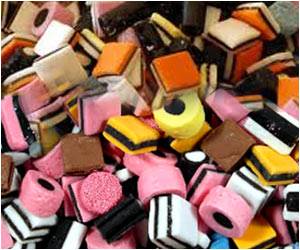 Women should avoid consuming large amounts of liquorice during pregnancy.

In January 2016, the National Institute for Health and Welfare published food recommendations for families with children, which stated that liquorice was placed in the 'not recommended' category for pregnant women.

Licorice Extract Protects the Skin from UV-induced Stress
UV radiation, chemicals and other environmental stressors harm the skin constantly. Various skin cells have evolved a complex protective antioxidant defense system to cope with UV radiation.
Advertisement
‘Liquorice and its natural sweetener, glycyrrhizin, can have long-term harmful effects on the development of the fetus.’
Tweet it Now

The new Finnish study supports these food recommendations for families with children.


According to the recommendations, occasional consumption of small amounts such as a portion of liquorice ice cream or a few liquorice sweets is not considered dangerous.

The natural sweetener, glycyrrhizin found in liquorice is said to cause the problem.

Previous studies had established that glycyrrhizin causes higher blood pressure and shorter pregnancies in humans. But its long-lasting effects on the growing fetus have not been proven before.

The Glaku study was carried out by the University of Helsinki, the National Institute for Health and Welfare and the Helsinki and Uusimaa hospital districts.

It compared 378 youths of average age 13 years. Their mothers had consumed liquorice in "large amounts" or "little/no", during pregnancy.

The researchers then carried out cognitive reasoning tests to measure their level of intelligence.

The findings showed that:
Conclusion

Researchers suggest the need for informing pregnant women and women planning pregnancy on the harmful effects that products containing glycyrrhizin, such as liquorice and salty liquorice, may have on the fetus.

The biological mechanism of the effects of liquorice is well known due to the experiments in animals.

Glycyrrhizin intensifies the effects of stress hormone cortisol by inhibiting the enzyme that inactivates cortisol.

While cortisol is essential to the development of a fetus, it is detrimental in large amounts.

The study report was published in the American Journal of Epidemiology. The first author of the article is Academy Professor Katri Räikkönen from the University of Helsinki.

Your Smartphone Might be Responsible for ADHD!
Smartphone notifications can influence people's mind, contributing to ADHD. Switching the phones to silent mode can minimize the effects of smartphone interruptions.