In a new therapeutic approach to bladder cancer, treatment with the arginine-degrading enzyme ADI-PEG 20 inhibited tumor growth in Argininosuccinate synthetase 1 or ASS1-deficient cells both in vivo and in vitro.

Argininosuccinate synthetase 1 (ASS1) is an enzyme which is necessary for arginine synthesis.


‘Arginine dependency in bladder cancer may be a useful mechanism to selectively target a subset of these cancers using arginine-degrading enzyme or ADI-PEG 20.’

Patients with tumors having low ASS1 expression have shorter survival. More than 90% of all bladder cancers are deficient in ASS1 and with few treatment options available to patients with advanced bladder cancer, researchers are looking for novel molecular targets.

"There is a major unmet need to identify additional therapies for bladder cancer patients that includes agents that can target both conventional urothelial carcinoma and less common subtypes of bladder cancer. Our findings suggest that arginine dependency in bladder cancer may be a useful mechanism to selectively target a subset of these cancers using ADI-PEG 20, although further investigation into the mediators of this effect and the role of combination therapy, including chemotherapy, to enhance efficacy is required," explained lead investigator Donna Hansel, MD, PhD, Professor of Pathology, University of California at San Diego (CA).

Normal urothelium demonstrated robust ASS1 expression throughout its full thickness. Researchers found this using immunohistochemistry on tissue specimens taken from 252 patients who had undergone surgery for muscle-invasive bladder cancer over a 20-year period.

"This finding suggests that these three major subtypes of bladder cancer, which account for more than 90% of all bladder cancers, may potentially respond to arginine-degrading therapy such as ADI-PEG 20," noted Dr. Hansel.

The researchers found that in comparison to bladder cancer patients with high ASS1 expression, the survival was significantly lower in patients having tumors with low ASS1 expression.

The effect of ADI-PEG 20 is currently being evaluated in a Phase III trial for hepatocellular carcinoma and is being assessed for other cancers including melanoma and mesothelioma.

"Our results suggest that arginine deprivation may be a useful strategy for treating bladder cancer and show that ADI-PEG 20 functions through a novel signaling mechanism that includes the pathway mediated by the general control nonderepressible 2 kinase that controls autophagy and apoptosis," commented Dr. Hansel.

The study is published in The American Journal of Pathology.

Alternative Strategy to Administer Antibody-Based Immunotherapy to Treat Bladder Cancer
The alternative administration of a drug to the tumor results in fewer adverse events in patients, as compared to injections into the blood stream.
READ MORE 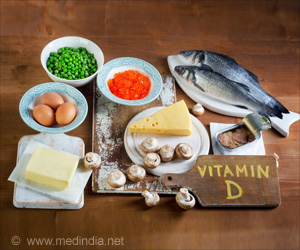 Risk of Urinary Incontinence Increases After Childbirth
Women who have not given birth are less likely to suffer from urinary incontinence compared to pregnant women.
READ MORE