Diabetes May Cause Heart Failure: Heres Why

Patients with diabetes are at higher risk of developing heart failure, reports a new study. The findings of the study are published in the journal JCI Insight.

A new Loyola University Chicago Stritch School of Medicine study reveals how, on a cellular level, diabetes can cause heart failure. The findings could lead to medications to treat and perhaps prevent heart failure in diabetes patients, researchers said.


The study from the lab of Jonathan A. Kirk, Ph.D., is published in the American Society for Clinical Investigation journal JCI Insight. Dr. Kirk is an assistant professor in the Department of Cell and Molecular Physiology of Loyola University Chicago Stritch School of Medicine.

In a healthy heart, microscopic lattice-like structures called myofilaments cause heart muscle cells to contract. The cells work in concert to make the heart contract and relax with each beat.

In patients suffering from heart failure, heart muscle cells become weaker, and consequently, the heart does not pump enough blood to meet the body's needs. The patient experiences symptoms such as shortness of breath, fatigue, and swelling in the legs. Heart failure ultimately can be fatal.

In the Loyola study, a team of researchers focused on a molecule called methylglyoxal. When the body transforms food into chemical energy, waste products are generated, including methylglyoxal. Normally, the body does an efficient job clearing out methylglyoxal. But the cleansing process does not work as well in diabetics, allowing methylglyoxal to accumulate. Methylglyoxal attaches to key building blocks of proteins, which can affect how the proteins function.

The research team further found that the modifications caused by methylglyoxal weakened heart muscle cells by interfering with how the molecular motor works.

"This little molecule, methylglyoxal, builds up in heart cells during diabetes and gums up the myofilaments so they cannot contract as well," said lead author Maria Papadaki, Ph.D., a post-doctoral fellow at Loyola University Chicago Stritch School of Medicine.

The findings suggest a new approach to treating patients with diabetes who are at risk of developing heart failure. This approach involves developing drugs that would counter the effects of methylglyoxal by fine-tuning the myofilament motors.

Dr. Kirk speculates that the effects of methylglyoxal, as identified in the study, may be a key early step in how diabetes induces heart failure. This discovery could provide an effective therapeutic target for preventing heart failure in the growing population of diabetics. 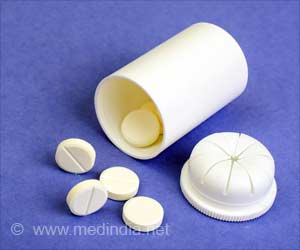 Aspirin to the Rescue for People With Diabetes and Heart Failure
An aspirin every day lowers the risk of death and hospitalization due to heart failure in patients with diabetes and heart failure.
READ MORE 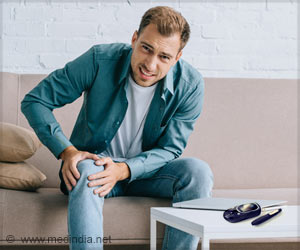