Falling asleep is much easier in a hammock due to its swaying motion. For the same reason, babies sleep soundly in rocking cradles. These everyday experiences have now been supported by solid scientific evidence. Two studies, one in humans and the other in mice, have shown that rocking not only helps to fall asleep quickly and have a sound sleep, but also plays a role in boosting memory. The study has been published in Current Biology, a Cell Press publication.

The study in humans focused on the effects of rocking on sleep. The study was led by Dr. Laurence Bayer and Prof. Sophie Schwartz, who work in the area of Basic Neurosciences and Sleep Medicine at the University of Geneva, Switzerland. The first author of the study was Dr. Aurore Perrault, a postdoc at the Swiss Center for Affective Sciences, University of Geneva, Switzerland.

Initial studies revealed that continuous rocking during a 45-minute nap not only helped to fall asleep quickly, but also have a sound sleep. The present study focused on monitoring the effect of rocking on sleep and the corresponding brain waves throughout the night.
Rocking Improves Sleep and Boosts Memory: Heres How

This study looked at how good quality sleep impacted on consolidation of memory.


‘Rocking helps to fall asleep faster. It also induces good quality, deep, and uninterrupted sleep. Rocking during sleep also improves memory. In mice, sleep is influenced by the effects of rocking on the vestibular system in the ear.’
Read More..


Methods Results "Having a good night's sleep means falling asleep rapidly and then staying asleep during the whole night," says Bayer. "Our volunteers - even if they were all good sleepers - fell asleep more rapidly when rocked and had longer periods of deeper sleep associated with fewer arousals during the night. We thus show that rocking is good for sleep."

The study in mice was the first to explore whether rocking induces sleep in other species besides humans. The research was led by Prof. Paul Franken, who specializes in Sleep and Energy Homeostasis at the Center for Integrative Genomics, University of Lausanne, Switzerland. The first author of the study was Dr. Konstantinos Kompotis, a postdoc in Prof. Franken's lab.

Bayer and Perrault indicate that the two studies "Provide new insights into the neurophysiological mechanisms underlying the effects of rocking stimulation on sleep." These new approaches could be applied for patients suffering from insomnia and mood disorders, as well as for older people who often suffer from sleep disturbances and memory impairment. Importantly, the researchers point out that the present findings will pave the way for future studies to precisely map the deeper structures of the brain associated with the effects of rocking on sleep.

"Current tools, such as optogenetics, can help us decipher which structures, or even neuronal populations, receive the stimulus from the otolithic organs and transfer it further to the structures of the sleep circuitry," Franken says. "Mapping the network of communication between the two systems will provide with basic understanding, as well as novel clinical targets to cope with sleep disorders like insomnia."

Lack of Sleep a Major Cause for Memory Loss Among Elderly
Inadequate sleep is one of the main causes behind memory problems among elderly people, according to a new study by North Carolina State University analysts.
READ MORE

Memories Come Back to The Mind During Sleep Through Sleep Spindles
Memories can be decoded from brain waves during sleep; research shows that memories are better remembered after sleep than during wakefulness. The newly acquired information is thought to be 'reactivated' and strengthened in the sleeping brain.
READ MORE 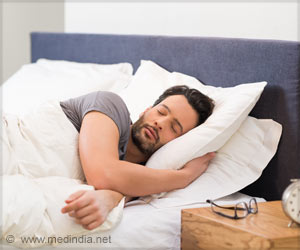 Sleeping Helps Refresh Brain To Store More Information, Memories
Sleep is an essential process that supports learning and memory by acting on synapses which help in transfer of messages.
READ MORE