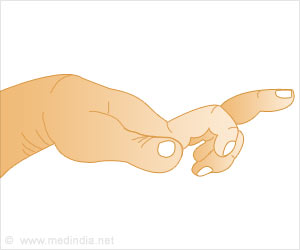 Rheumatoid arthritis is a chronic inflammatory autoimmune condition that occurs when an individual's immune system targets the joint linings. Although doctors are not sure of the exact cause of rheumatoid arthritis, it is thought to result from a combination of genetics and environmental triggers.

Some researchers believe a bacterial or viral infection can trigger the development of rheumatoid arthritis in people who are genetically susceptible. A potential role for infections in the pathogenesis of rheumatoid arthritis has been debated for decades, but little firm evidence has been found. The interest has further increased with research into the microbial environment of the gut and its effects on the disease.


A research article published online in the Annals of the Rheumatic Diseases suggests that infections in general do not affect the risk for rheumatoid arthritis, but that certain infections, hypothetically associated with changes in the gut microbiome, could diminish the risk. The researchers found that recent gastrointestinal and urogenital tract infections may curb the risk of developing rheumatoid arthritis. The researchers said, "One possible explanation could lie in the way in which these infections alter the types of bacteria resident in the gut (microbiome)."


Researchers set out to look at the impact of different types of infection on the risk of developing rheumatoid arthritis in almost 6500 people living in south and central Sweden. Some 2831 of the study group had been newly diagnosed with rheumatoid arthritis between 1996 and 2009, while the remaining 3570, who were randomly selected from the population, were healthy, but matched for age, sex, and area of residence with the patients. The average age of the study participants at the start of the study was 52 years and seven in ten were women.

All the study participants were asked whether they had a history of any gut, urinary tract, or genital infections in the preceding two years. They were also asked if they had prostatitis (inflamed prostate), or antibiotic treatment for sinusitis, tonsillitis or other throat infection, or pneumonia during this time.

After adjusting for various factors, including age, sex, smoking, and economic background, the researchers found that the risk of rheumatoid arthritis was reduced by 29% for those with gut infections, 22% for those with urinary tract infections, and 20% for those with genital infections, while having all three types of infection in the preceding two years was linked to a 50% lower risk. On the contrary, no such associations were found for recent respiratory infections and pneumonia.

The researchers also found that more recent infection within the past year did not affect rheumatoid arthritis risk. The effect of urinary tract, and genital infections within the past two years was stronger among patients who were positive for anti-citrullinated protein antibodies (ACPA) than for those who were ACPA negative.

However, the researchers pointed out that this is just an observational study and so no definitive conclusions can be drawn about cause and effect. They said, "Our findings are particularly interesting in light of emerging data implicating that the microbiome in the gut may play a role in rheumatoid arthritis pathogenesis. This might be because the linings of the gut are exposed to a high load of bacterial antigens, which may either initiate or modify inflammation, and so could possibly influence the risk of developing the disease."

In support of their findings, the researchers pointed out that the infection sites identified in their study are primarily infected with gram negative bacteria, while the respiratory sites that did not influence risk usually involve gram-positive pathogens. Antibiotics, both sulfa (sulfasalazine) and tetracycline drugs, used to treat these bacteria have also proved to be effective for treating rheumatoid arthritis. 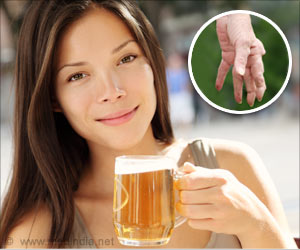