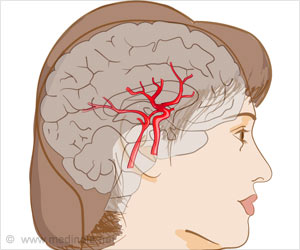 Cutaneous polyarteritis nodosa (cPAN) is a benign and rare form of localized cutaneous vasculitis (inflammation of blood vessels) that is characterized by necrosis of small and medium-sized arteries of the skin. The dermis and subcutaneous tissue (i.e. the deeper layers of the skin) are affected, but there is no systemic involvement

cPAN presents with tender subcutaneous nodules, digital gangrene, patches of purplish discoloration of the skin, blistering and subcutaneous ulcerations. Lesions are most often found on the knees, back of the foot and lower leg, but other areas may also be affected including the arms, trunk, buttocks, and the head and neck region.


In addition to the skin problems, patients may also complain of generalized symptoms such as malaise, fever, sore throat, myalgia and arthralgia. Peripheral neurological symptoms such as tingling, numbness, weakness, sensory disturbances and absent reflexes may also be present.


The diagnosis of cPAN is done by skin biopsy. Treatment of polyarteritis nodosa usually runs a chronic course that can last from months to years with exacerbations and remissions.

The exact cause of cPan is not known. Majority cases of cPAN are associated with or triggered off by certain infections, particularly Group A streptococcus, hepatitis B, hepatitis C Human Immunodeficiency Virus (HIV) or Parvovirus B19.

A complex interaction of auto inflammatory and autoimmune factors, and immunodeficiency, are linked to the development of cPAN.

Autosomal recessive mutations in the CERC1 gene may be seen in some patients with cPAN. The CERC1 gene encodes for adenosine deaminase 2 (ADA2), a plasma protein that is important for the development and differentiation of leukocytes (white blood cells, or WBC) and endothelial cells that line the walls of the blood vessels. This genetic abnormality leads to deficiency in the ADA2 protein (DADA2). ADA2 protein deficiency can also cause immunodeficiency. It can lead to uncontrolled, chronic activity of neutrophils and damage the endothelial cells. It is also possible to measure the levels of ADA2 protein and/or CERC1 in some centers.

A new study has suggested a genetic cause of cPAN in some patients.

Mutations in the CERC1 gene associated with DADA2 have been implicated in the pathogenesis of cPAN and early-onset vasculopathy. DADA2 also affects several cellular compartments, including B cells. However, some patients appear to have a relatively benign and skin-limited disease.

For the study, researchers followed two white siblings (female and male) with a history of cPAN with DADA2 as a result of mutations inherited in the CECR1 gene.

These findings suggest a genetic cause of cPAN in some patients. Therefore, DADA2 should be considered in patients with cPAN, especially among patients whose conditions are diagnosed at an early age, regardless of their ethnic background, presence or absence of systemic symptoms, or family history of the disease.

Stress Intensifies Disease in Patients With Vasculitis
Stress could worsen the condition of patients with acute vasculitis who are in remission, investigators at Hospital for Special Surgery (HSS) revealed.
READ MORE