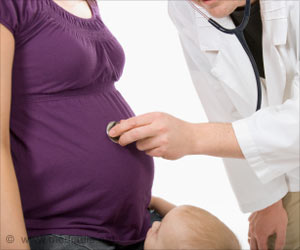 A new study published in the Lancet Infectious Diseases shows that routinely screening pregnant women for asymptomatic bacteriuria (ABU) may not be as beneficial as previously thought.

The study shows that ABU is not associated with preterm birth in women with an uncomplicated pregnancy with a single baby. The study also found that the risk of developing pyelonephritis or kidney infection in pregnant patients with ABU is very low.


More about the Study

Asymptomatic bacteriuria is a common condition in which a significant number of bacteria are present in the urine but there are no symptoms of infection.


ABU affects about 5 to 10% pregnant women, according to the World Health Organization Reproductive Health Library.


Health experts say, this infection can progress in pregnant women, causing acute infection and inflammation of other parts of the urinary tract including the urethra, bladder and the kidneys. Kidney infection or pyelonephritis, in turn, can lead to complications such as preterm birth and death of newborn babies.

Therefore, screening for ABU and subsequent treatment for positive patients is usually recommended for midtrimester - pregnant women at 12 to 16 weeks' gestation.

Researchers at the Department of Obstetrics and Gynecology, Academic Medical Center, Amsterdam, Netherlands, studied the consequences of treated and untreated ABU in pregnancy, noting that the current methods for the screening and treatment for ABU are based on studies and trials that were conducted more three decades ago.

For this new trial, researchers enrolled as many as 5621 women with a singleton pregnancy (or normal pregnancy with one baby) between 16 and 22 weeks' gestation from eight hospitals and five ultrasound centers into the screening.

Among these, 4283 women were finally included in the study, out of which 248 were ABU positive.

Among the ABU positive patients, 40 were randomly assigned to nitrofurantoin - an antibiotic used to treat urinary tract infections - and 45 to placebo. The other 163 ABU-positive participants were followed without treatment.

The study showed that kidney infection, preterm birth, or both did not differ significantly among the ABU positive patients not treated with antibiotic, and the ABU negative patients. The difference was also not noted between the antibiotic treated patients, and placebo treated or untreated ABU positive patients. This implies that treatment with antibiotic does not make much of a difference in preventing preterm birth, kidney infection or both in patients with ABU.

Pyelonephritis was found more often among women who were ABU positive but not treated with antibiotic than among ABU-negative women, but this absolute risk was considerably low.

However, further studies are required before the current recommendations of treating asymptomatic bacteruria can be considered for revision. The study was funded by ZonMw, the Netherlands Organization for Health Research and Development.

Urinary Tract Infection - Asymptomatic Bacteriuria
Asymptomatic bacteriuria is defined as the presence of more than 100,000 CFU per mL of voided urine in persons with no symptoms of urinary tract infection.
READ MORE

Prediction of Impending Preterm Birth may be Helped by Novel Blood Test
Predictions whether 70% of female study participants with threatened preterm labor (TPIL) would or would not give birth prematurely has been done with a blood based diagnostic test.
READ MORE 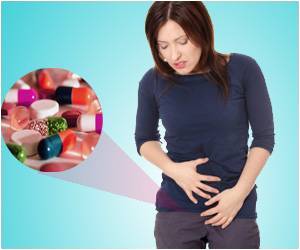