H5N8 Bird Flu to Affect Humans for the First Time 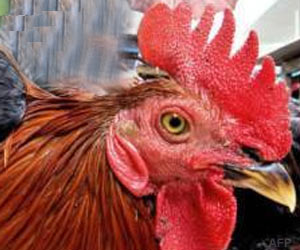 H5N8 - an avian influenza, for the first time, is found to cause human infection that is detected in the workers exposed to bird flocks, as per Russian authorities report to World Health Organization (WHO) & CNN.

"Today, I want to inform you about an important scientific discovery made by scientists at the Vector scientific center. The first cases of human infection with [avian influenza A(H5N8)] have been laboratory confirmed", says Anna Popova, the head of Russia's Federal Service for Surveillance on Consumer Rights Protection and Human Wellbeing.

Advertisement
‘H5N8  an avian influenza, for the first time, is found to cause a human infection that is detected in the workers exposed to bird flocks in southern Russia. However, WHO warrants surveillance and community awareness regarding the potential dangers and detection in human cases. This would aid in early changes in transmissibility and infectivity of the viruses.’

So far, the highly pathogenic virus has affected seven workers at a poultry farm in southern Russia where outbreaks of H5N8 were reported in the bird population in December 2020.


Avian flu is a type of influenza flu that has many different strains and usually affects only birds. Generally contact with infected poultry or surfaces that are contaminated with infected bird excretions: saliva, nasal secretions or feces may result in human infection.
Advertisement
The H5N8 Bird Flu

H5N8 outbreak as witnessed by Germany, the Netherlands, and the United Kingdom in 2014, is said to be found in birds since at least 1983. The H5N8 type influenza is currently being manifested in a variety of ways, from asymptomatic and sub-clinical to highly lethal in some populations.

"The virus can be transmitted from birds to humans, it has overcome the interspecies barrier. As of today, this variant of the influenza virus is not being transmitted from person to person. Only time will tell how quickly future mutations will allow it to overcome this barrier", says Popova.

The present issue is in discussion with national authorities to gather more information and "assess the public health impact" of the incident, although it is still not confirmed by the WHO.

However, WHO warrants surveillance and community awareness regarding the potential dangers and detection in human cases. This would aid in early changes in transmissibility and infectivity of the viruses.

Bird Flu Cases Reported in 13 Indian States So Far
Bird flu outbreak has been confirmed in 13 states so far of which Avian Influenza has been reported ...