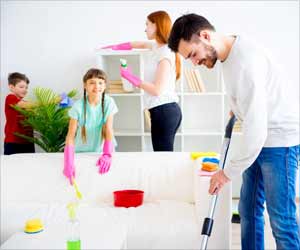 "In 2014, the Prime Minister introduced the SBM, and now, because of people's contribution, we are moving towards the 100 percent success of this mission in October 2019," said Kataria during National Planning Workshop on ODF Plus and Water Conservation here.

Proper understanding of waste collection, segregation and management is required to reduce the number of infectious and non-infectious diseases in the community.
Advertisement
‘ODF-Plus is the second phase of the Swachh Bharat Mission (SBM) to control the menace of liquid and solid waste in rural areas.’

Drinking Water and Sanitation secretary Parameswaran Iyer said the focus in ODF Plus would be on sustaining the momentum attained through ODF.


"We will scale up Solid and Liquid Waste Management with special focus on greywater management. We have come a long way, and it has been possible because of all the people who came together to make SBM a Jan Andolan," he said.

Over 5.6 lakh villages in 30 states and union territories have been declared Open Defecation Free (ODF) in rural India under SBM-Grameen.

'Bottled' Contamination And a Brewing Battle

The CSE has revealed through their study that different brands of Cola and Pepsi are unfit for consumption
Advertisement
<< Doctors Remove Female Reproductive Organs from a 29-year Old...
Spurt in Dengue Cases in Karnataka Due to Scanty Rainfall >>

Spanish experts are stressing the need to co-ordinate clinical waste management regulations in the different autonomous communities to improve recycling and waste disposal.