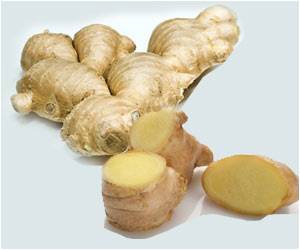 Natural food ingredients such as ginger and citric acid can influence our sense of taste and provide several benefits through certain biochemical mechanisms, reports a new study.

The pungent compound 6-gingerol, a constituent of ginger, stimulates an enzyme contained in saliva - an enzyme which breaks down foul-smelling substances. It thus ensures fresh breath and a better aftertaste. Citric acid, on the other hand, increases the sodium ion content of saliva, making salty foods taste less salty. To find out more about food components, a team from the Technical University of Munich (TUM) and the Leibniz- Institute for Food Systems Biology investigated the effects of food components on the molecules dissolved in saliva.

Many food components contribute directly to the characteristic taste of food and beverages by means of contributing their own particular taste, scent or spiciness. However, they also indirectly influence our sense of taste via other, still largely unknown biochemical mechanisms. A team led by Professor Thomas Hofmann from the Chair of Food Chemistry and Molecular Sensory Science has now investigated this phenomenon in greater detail.


‘Natural food ingredients such as ginger and lemon juice can influence our sense of taste through certain biochemical mechanisms. Pungent compound in ginger can reduce bad breath, and citric acid in sour foods such as lemon juice can reduce our perception of saltiness.’

As the results of this study show, the pungent principle of ginger, the so-called 6-gingerol, makes the level of the enzyme sulfhydryl oxidase 1 in saliva increase 16-fold within a few seconds. The saliva and breath analyses carried out on human volunteers show that the enzyme breaks down malodorous sulfur-containing compounds. In this way, it is able to reduce the long-lasting aftertaste of many foods such as coffee. "As a result, our breath also smells better," explains Prof. Hofmann, who headed the study. The mechanism discovered could contribute to the future development of new oral hygiene products, says the head of the Leibniz- Institute for Food Systems Biology at the TUM.

According to the study, citric acid influences our perception of taste through a completely different mechanism. As everyone knows from personal experience, sour foods such as lemon juice stimulate salivation. The amount of minerals dissolved in saliva also increases in proportion to the amount of saliva.

According to Prof. Hofmann, the sodium ion level in saliva rises rapidly by approximately a factor of eleven after stimulation with citric acid. This effect makes us less sensitive to table salt. The food chemist explains: "Table salt is nothing other than sodium chloride, and sodium ions play a key role in the taste of salt. If saliva already contains higher concentrations of sodium ions, samples tasted must have a significantly higher salt content in order to taste comparatively salty."

Hofmann believes that a great deal of research still needs to be done in order to understand the complex interaction between the molecules in food that create taste, the biochemical processes that take place in saliva and our sense of taste. Using a systems biology approach, Hofmann aims to develop a new scientific basis for the production of food with component and functional profiles that satisfy the health and sensory needs of consumers. To this end, he and his team are combining biomolecular research methods with high-performance analytical technologies and bioinformatics methods. 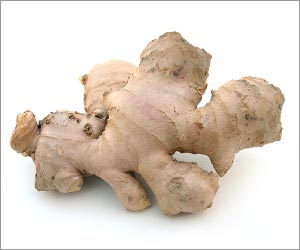 Ginger Reduces Risk of Colon Cancer
Including ginger in your diet can reduce the risk of colon cancer by as much as 28 percent, a new study reveals.
READ MORE