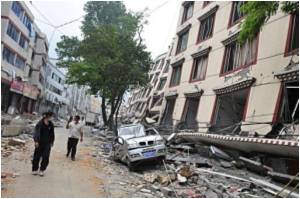 There is more than a one-in-three chance that a major earthquake will possibly strike the Pacific Northwest coast of the United States within the next 50 years.

New analyses by Oregon State University marine geologist Chris Goldfinger and his colleagues have provided fresh insights into the Northwest's turbulent seismic history - where magnitude 8.2 (or higher) earthquakes have occurred 41 times during the past 10,000 years.

A new study claims that radio frequency identification, RFID, could be used in the immediate aftermath of a major earthquake to save lives.
Advertisement

The earthquakes were thought to generally occur every 500 years, but as scientists delve more deeply into the offshore sediments and other evidence, they have discovered a great deal more complexity to the Cascadia Subduction Zone.


"What we've found is that Cascadia isn't one big subduction zone when it comes to major earthquakes. It actually has several segments - at least four - and the earthquake activity is different depending on where a quake originates. The largest earthquakes occur in the north and usually rupture the entire fault. These are quakes of about magnitude-9 and they are just huge - but they don't happen as frequently," said Goldfinger.

An expert has predicted that South Africa is almost certain to be hit by a major natural disaster, and, it could strike during this summer's World Cup football tournament.
Advertisement
"At the southern end of the fault, the earthquakes tend to be a bit smaller, but more frequent. These are still magnitude-8 or greater events, which is similar to what took place in Chile, so the potential for damage is quite real," he added.

Based on historical averages, Goldfinger says the southern end of the fault - from about Newport, Ore., to northern California - has a 37 percent chance of producing a major earthquake in the next 50 years.

The odds that a mega-quake will hit the northern segment, from Seaside, Ore., to Vancouver Island in British Columbia, are more like 10 to 15 percent.

"Perhaps more striking than the probability numbers is that we can now say that we have already gone longer without an earthquake than 75 percent of the known times between earthquakes in the last 10,000 years. And 50 years from now, that number will rise to 85 percent," said Goldfinger.

Understanding the Cascadia Subduction Zone history is further complicated by the possibility that major earthquakes in the northern segment have occurred in "clusters."

A thousand years may go by without a major event, and then an earthquake would occur every 250 years or so.

"We're just starting to understand the whole idea of clusters and there isn't consensus on whether we are in one or not, but that possibility does exist, which further suggests that we may experience a major earthquake sooner than later," said Goldfinger.

By dating the fine particles through carbon-14 analysis and other methods, Goldfinger and colleagues can estimate with a great deal of accuracy when major earthquakes have occurred.

The OSU professor is convinced that the Pacific Northwest is at risk for an earthquake that could meet - or exceed - the power of seismic events that took place in Chile, as well as Haiti.

Show of Cleavage Does Not Cause Earthquakes, Female Blogger Takes on Iran Cleric

It is well known that earthquakes, such as the recent one in Haiti, result in large numbers of people with kidney failure as a result of victims suffering crushing injuries.
Advertisement