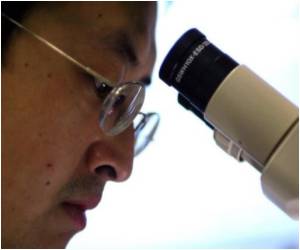 A new way to identify malaria-causing Plasmodium falciparum parasites that are resistant to artemisinin has been discovered by an international team of researchers. The research team, which included scientists from the National Institute of Allergy and Infectious Diseases (NIAID), part of the National Institutes of Health, published their findings today in the journal Nature.

According to the World Health Organization, an estimated 627,000 people died of malaria in 2012. Artemisinin, in combination with other drugs, is the first-line treatment for malaria. In recent years, however, artemisinin-resistant malaria has appeared in patients in Southeast Asia, and researchers have begun exploring ways to maintain the drug's effectiveness. To monitor the spread of artemisinin resistance, scientists need a way to identify drug-resistant, malaria-causing parasites, the study authors write. They sought to fill this need by sequencing the complete genetic information of a laboratory-generated strain of artemisinin-resistant P. falciparum, and of both resistant and susceptible parasites found in nature in Cambodia, and then searching for links between the parasites' genes and resistance to the drug.

The researchers found that P. falciparum parasites with a mutant version of a gene called K13-propeller were more likely to survive exposure to artemisinin in the laboratory setting. Similarly, in malaria patients treated with the drug, parasites with the genetic mutation were eliminated more slowly. Further, they found that the geographical distribution of the genetic mutation in parasites in western Cambodia tracked with the spread of resistance among malaria patients in that region in recent years. Taken together, these results suggest that the mutant version of K13-propeller is associated with artemisinin resistance, according to the researchers. Future research will examine how the mutation causes resistance and explore whether this association extends to other regions of the world.

Potential Vaccine That Could Help Eradicate Malaria Discovered
A key process during the invasion of the blood cell by the malaria parasite has been discovered by ....