Fruit-based, Natural Drinks Are the Preferred Choice for Most Indians 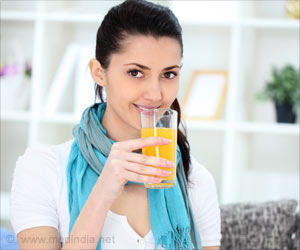 As more and more people are looking to be fit and healthy, consumers switching over to healthier options such as fruit-based, natural, healthy and fat-free drinks have gone up by 50 percent in India, reveals new data.

Lassi, lemonade and milk shakes have bagged the top three spots in the beverage category.

Advertisement
‘Fruit-based, natural, healthy and fat-free drinks consumption has gone up by 50 per cent in India.’

Data collected from food ordering and delivery chain Foodpanda's website and app in cities like Delhi, Mumbai, Gurugram, Jaipur, Chandigarh and Bengaluru in May also revealed that there was 80 per cent increase in search for ice creams and shakes, a statement said.

Restaurants offering ice cream, shakes and smoothies have also grown on the platform.
Advertisement
There has been a 12-15 per cent increase in salad orders too.

"Every season has its own topicality and with it, it brings very specific trends. As a food technology company, Foodpanda keeps a close eye on these trends and predicts the user pattern to make the offerings more personalised for our customers," said Anshul Khandelwal, Head of Marketing, Foodpanda.

"With the onset of the summer season, we have seen people shifting towards lighter food items such as salads, and summer favourites like ice creams and shakes. Following these patterns, we have also introduced offers and seasonal campaigns such as LSD-'Love for Shakes and Dessert' - which has got a tremendous response from consumers and given a significant boost to our number of orders," he added.

Grapefruit Can Work Against Your Drug
Grapefruit interacts with metabolism of certain drugs like statins, calcium channel blockers, ......

Make This High-fibre Fruit Juice at Home!
The fruit juice made with stevia, beta-glucans and lime is nutrient-rich and does not compromise on ...