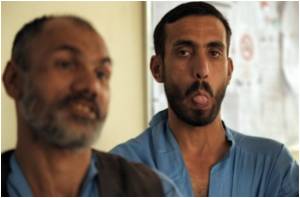 Frank Bruno, the boxing legend has slammed the shameful way people with mental illnesses are being treated by the NHS in Britain, saying many are "needlessly suffering".

The former world heavyweight champ, who has bipolar disorder and has been sectioned twice, criticized as he launches a major new campaign calling for a change in the way patients are cared for.

Los Angeles, CA (April 9, 2012) Does the growing number of psychiatric disorder diagnoses have an effect on people with mental illnesses? According to a new study, as definitions of
Advertisement

"Being in hospital did not make me better, it just made me worse," says Frank, an ambassador for mental health group Rethink.


"The second time I was locked up, I was in there for five weeks. The doctors said they wanted to keep me in there even longer but I just said, 'No, I have to get out and rebuild my life'.

In Spain, Mental Illnesses are Second Leading Cause of Time Off Work

The economic impact of mental illness and estimated their social cost in Spain has been evaluated by an interdisciplinary team
Advertisement
"I met a lot of people in hospital who have been in the system for 20 years or more," The Daily Mirror quoted him, as saying.

"I felt sorry for them because they are stuck on a merry-go-round and will never get off it. These days there is a tendency to treat people with mental illness in one way, give them drugs. They calm you down, keep you quiet - but they are not the answer in the long term."

Frank, now 50, is desperate to use his own experience to help others fighting similar demons, the paper said.

Serving and former members of the British armed forces are facing an 'explosion' of psychiatric disorders, according to new report.
Advertisement
<< BabyShield- A New Painless Way To Screen Newborns
Co-Operative Pharmacy to Offer EllaOne as OTC Pill >>

Use of Term Disorders may Tag Healthy People as Mentally Ill