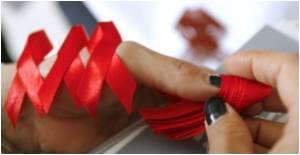 People who have tested positive to HIV are at an increased risk of suffering from various fractures since their bone density is lower than those who are not infected with the virus.

"We confirmed that several established risk factors for fracture, such as age, substance abuse, hepatitis C co-infection and diabetes were associated with fractures among the HIV-infected patients", lead researcher Dr Benjamin Young wrote in the report.


The study has been published in the Clinical Infectious Diseases.