Four Tonnes of Maggi Products to be Destroyed in Goa: Chief Minister Parsekar 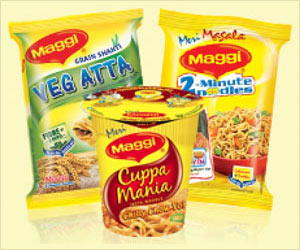 After ordering the recall of Maggi noodles, over four tonnes of Maggi products have been collected by Nestle in Goa. It will now be destroyed in the presence of officials of the state Food Drugs Authority, informed Chief Minister Laxmikant Parsekar.

Parsekar told reporters on the sidelines of an education department event in Porvorim, near the state capital, "All stock is being withdrawn. Stocks amounting to something like 4,000-odd kg have been collected by them (Nestle). I have instructed that it is to be destroyed in the presence of FDA officials."

The chief minister has ordered a ban on Nestle's Maggi products from Monday, June 8, 2015, until further notice. Goa last week had conducted two tests on Maggi, both of which said the levels of MSG and lead were below permissible levels and therefore the product was safe for consumption. However, both the tests were rejected by the central government's Food Safety and Standards Authority of India (FSSAI) which called them 'inappropriate'.


The FDA has now sent a fresh sample of Maggi noodles manufactured in a local unit to a Karnataka-based government laboratory for tests on the directions of the FSSAI.

West Bengal Government Sends Maggi Noodles, Other Food Products for Testing
Samples of Maggi noodles and some other food items have been collected from West Bengal and sent to ...